Internal feuds in the Botswana National Front (BNF) appear to be far from over.  Hardly two months after Justice Lot Moroka dismissed a High Court application by some party activists who asked the court to declare the party president Duma Boko’s membership terminated because he had joined the Umbrella for Democratic Change (UDC), his erstwhile allies who say they have assisted him to forge his membership card in 2010 have come forward with claims and supporting documents alleging that Boko is not an authentic BNF member. Boko’s membership was disputed in 2010 by among others Thuso Mogorosi who alleged that Boko may have forged the membership card of a deceased party activist.

According to a central committee member who preferred to be anonymous, a team of eight people comprising of himself, former and current members of the executive, central committee, the youth league and other activists participated in the 2010 membership fraud. Two of the eight are said to be among those who defected to the Botswana Congress Party.
The Gazette is in possession of four cards bearing Boko’s names, national identity card number and two different BNF card numbers. The cards were passed to this publication by a senior member of the party who stood for primaries late last year.  Two of the cards bear the same membership number while the other two bear BNF identity number of the late Freddy Goepamang. According to the source, the four cards are a result of a series of forgery attempts to make the then BNF presidential candidate a card which would look real with all features of a genuine card.

According him, they were compelled to commit the alleged fraud in the interest of the party to avert either Gabriel Kanjabanga or Olebile Gaborone from succeeding Otsweletse Moupo as party president.
“We realised that Boko had no membership, but we wanted him because he was not associated with any factions unlike the duo who had been in the party. We had no alternative but to forge a membership card,” he said. He further claimed that “we did not want Gaborone because he failed with Moupo in the presidency as his deputy, and Kanjabanga we just felt that he was not fit enough to lead the party more so that it had performed dismally in 2009 general elections.”

According to him, because by then Boko was a resident of Village ward, they sought the assistance of the then chairman of Gaborone Central Naledi Akambakamba who allegedly advised them to forge Goepamang’s membership card which had been returned to the office after his death. It is further claimed that the card was taken by one of the executive committee members who is now a BCP member to a Kenyan man in Kumakwane to forge the card.

According to the source after they successfully made Boko a fake card, they sent a certain youth leader to leak information to the media that Boko had found his card which he lost many years ago. “It was then that one local newspaper followed up the story and interviewed Boko who then confirmed that indeed he had finally found his card,” he further claimed.
It is further alleged that Boko’s membership card was suspicious as it had BNF party office telephone number with seven digits and not six digits like cards made in 2003 and before. The aggrieved members it is alleged accessed the BNF data base and printed the membership registry which revealed that Boko and the deceased Goepamang used the same number. “When you commit an offence you forget to cover your tracks. It didn’t occur to us to delete the deceased from the data base,” the source said.

The then Francistown High Court Judge Moses Chinhengo dismissed  the application in which Mogorosi, Sekgopi Bogatsu, Moses Kajane and Chalido Madome challenged Boko’s eligibility to stand for the BNF presidency on the basis that the contentious five year period membership requirement was ambiguous.
A former BNF youth league member who did not want to be named because he is a civil servant,  corroborated the forgery story and said he participated and leaked news promoting Boko to the media including news that he had found his lost card. “By then the BNF was in trouble. The guy, we thought could help and work with us in re-building the embattled BNF,” he said.
Reached for comment Akambakamba, she said it was news to her that Boko’s membership card was forged, “I only know that he renewed his card.”

A BNF member Kagiso Tshekega denied ever being part of the group which participated in the alleged fraud. He however said he was aware of the rumour.
Information reaching The Gazette is that BNF members unhappy with Boko’s leadership and his insistence on the UDC symbol may take him to court to challenge the authenticity of his membership. If found to be true, Boko and Mohammed Khan would have committed an offence of perjury/lying under oath which is punishable by a seven-year prison term under the Penal Code. Boko had in 2010 took oath and told Justice Chinhengo that he was a BNF member since 2003. Khan had also made a confirmatory affidavit as the then secretary general that Boko’s card was an authentic card issued in accordance with proper procedures of the BNF. Boko refused to respond to the questions sent to him by this publication last Friday.

She gave me wings to soar

Sechaba delisting would be catastrophic for BSE - experts 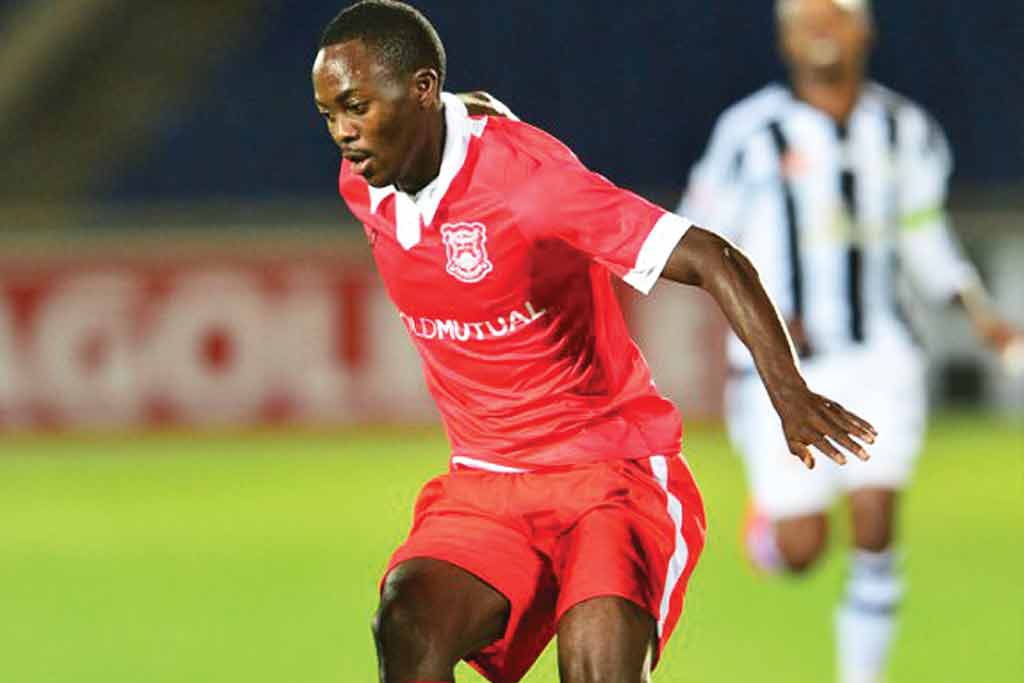