FRANCISTOWN: Criticism of nepotism, favoritism and corruption has emerged following this year’s Botswana Musicians Union (BOMU) awards.Mc Maswe who was nominated for Best Mosakaso and Best Male categories wrote a letter to BOMU through his manager Lionel Nkosi expressing dissatisfaction and disappointment about the adjudication committee. “I am very disappointed of how as fellow musicians you are running an event of this magnitude like a circus, sorry to say but it is exactly how I can classify the Union and the awards. I have tried to bear with the pathetic running of the awards over the years and the way that things are taken for granted leaves a lot to be desired,” he said. Maswe also sought clarification on the voting criteria used by the judges. “… that judges have 60% voting rights that has not been made clear to the general public. The question is what is the point of having the general public vote if their vote won’t count for anything? We want to know if the public is aware of the 60% judges voting rights because it is pointless for the consumers to vote if they have no say, it’s actually ripping the public of their money,” he said. Northcast understands that Mc Maswe was voted by 636 against Charma Gal’s 128 for Best Mosakaso Album but did not win the award. Northcast also understands that for Song of the Year, MMP Family were voted by 1035 people, followed by Mc Maswe with 732 and Charma Gal with 67. Another controversy involves the Best Male category which was won by Shumba Ratshega, and is believed to be part of Mc Maswe’s acrimony. To this regard Mc Maswe’s Manager wants BOMU to clarify to the public the criteria they used to determine winners because he feels the awards were not reflective. Commenting on the matter, BOMU Secretary General Pagson Ntsie said voters only have 40 percent voting rights, while the judges have 60 percent. “This means that the public has little influence over the results. There is a situation whereby the artists will have more votes but will not win the award because the judges will add their marks which are the ones which determine the result,” he said. Ntsie said the criticism raised by some artists was unwarranted because “In the past we used the voting system to determine the winner but some artists were not comfortable on grounds that big artist buy more airtime for different people to vote them. Consequently we called the general meeting where the artists resolved that we change to the current system. So maybe critics are those who never attend these meetings,” stressed Ntsie. Other nominees who spoke to this publication also question BOMU as to why nominees who garnered more votes did not win, losing to those with the least votes.

The foundation is faulty 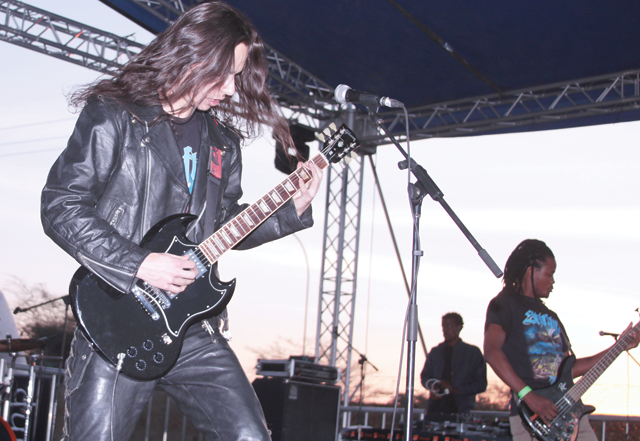