Botswana Musicians Union  (BOMU) has called on the  Copyright Society of Botswana (COSBOTS) governing committee to step down, citing that they are incompetent and only serve their own personal interests. Speaking in an interview with The Gazette, BOMU’s Pagson Ntsiane alleges that  COSBOTS held a secretive and unlawful meeting where the sitting committee influenced a small number of attendees at their extra ordinary meeting to vote them back to power.

Ntsiane said COSBOTS was registered by BOMU and the committee was elected on interim basis but now runs the society like its their own company. He alleges that the current rift between the two emanates from allegations of foul play in the awarding of a P6 million media monitoring tender which they have since suspended with the help of the Ministry of Trade and Industry (MTI). He  claims it was that reason that the board organised the meeting silently in order to avoid being toppled so they could continue with the agenda of filling their own belies.

Ntsiane further said artists were promised they would be paid royalties by December 2012, but it never happened. He said artists left the meeting furious after they were told that in its five years of existence, COSBOTS announced that they have so far collected P1.8 million and will only payout royalties after making P5 million. He also said artists are in the dark as to how much they should expect to get paid because COSBOTS has never provided an answer to the question. He said since the tender for monitoring has not been awarded, there has been no monitoring to determine how much is due to artists.

Asked about a way forward, Ntsiane said they will seek ministerial intervention as they want the committee to be dissolved because  they did not  follow the constitution and have overstayed in power. He said shall they fail through the ministry, then they will  go to court.

Musican and producer Massie Hule who also attended the meeting said it does not make sense why they have to wait for  P5 million to be  collected when only P1.8 million was collected  in five years of their existence. He said that artist getting paid for their work could take very long.  Hule also expressed concern that COSBOTS just takes decisions without consulting.

Asked if they had any idea of how payments for artists will be  calculated, Hule said COSBOTS failed to provide an answer. Hule said artists should stand together against COSBOTS as it is failing them.
Contacted for comment, Nkgopolang Tlhomelang of COSBOTS said there was nothing unconstitutional about the meeting they held. He said they had invited 286 registered members but only 53 showed up. He said the 47 then voted that the current committee continue by way of raising their hands while no one opposed them.

On the issue of royalties, Tlhomelang said they are still having difficulties collecting royalties as some broadcasters are yet to register with them while others have registered but are yet to pay. He said they are hoping to get a large sum from them after which they will distribute the monies.

He further said due to the suspension of the monitoring tender, they still do not do any monitoring but depend on log sheets from broadcasters. 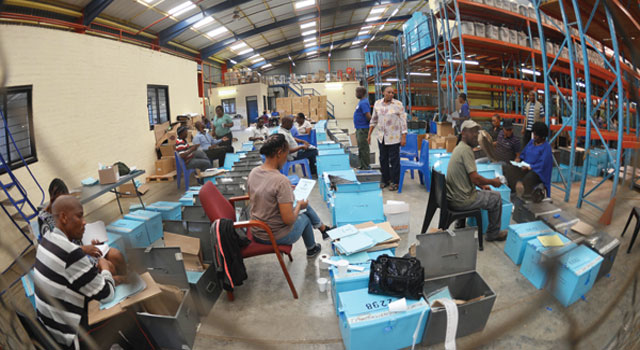