FRANCISTOWN: Following insinuations by some Botswana Musicians Union (BOMU) members to question the leadership over the decision to campaign for some pro-artists political candidates, the union President Phempheretlhe Pheto has allayed any fears insisting that they will not be political because they are not aligned to any party.

As political candidates from across the political divide readies themselves for the 2014 general elections, the Musicians union has publicly declared its support to candidates who are pro-artists. However this development seems to have sparked disagreements within BOMU with some members claiming ignorance on the matter.

The members who spoke to the NorthCast said that despite appreciating efforts to rally behind the candidates this might ignite indifferences among the union members because they are from different political parties. “This decision is likely to bring instability in the union for the fact that each and every member has their preferred candidate whom they have been rallying behind all along,” said some BOMU members.

BOMU President Pheto however differs with concerned members insisting that those who are querying the resolutionare not in touch with union. “Those who have some concerns should approach the union offices for clarity. Contrary to what the members allege the union is not only supporting Botswana Democratic Party (BDP) but rather all candidates who have the interests of artists because we do not want our union to be aligned to any political party,” highlighted Pheto.

The President said unlike local workers unions which have been destabilized due to their allegiance to a certain party, BOMU is not aligned to any party. “We do not want to align ourselves with any political party,” emphasized Pheto.

Pheto said by supporting the pro artist candidates, they hoped to increase advocacy at parliamentary and council level. 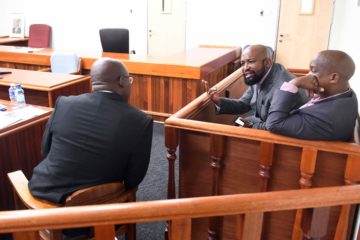