The youthful Bontshetse, who was the initial representative of the Umbrella for Democratic Change (UDC) in the constituency, was recently recalled and suspended after his party accused him of revealing party information to the media. Consequently, Maokaneng was replaced by the incumbent Member of Parliament, Pono Moatlhodi. Maokaneng made an urgent application through his attorney, Tefo Sibanda, seeking the decisions to recall and suspend him set aside.

The High Court dismissed his urgent application on the grounds that he failed to meet the urgency of the matter. Frustrated by the outcome of his application, Bontshetse is now reportedly on his way out to join BCP.

Those close to him told Northcast that BCP is the party that Bontshetse is currently assessing and will be joining within a short period of time. Bontshetse wants the unfolding development to remain a secret. “Bontshetse feels that BNF has mistreated him especially since the arrival of Moatlhodi. This has frustrated him a lot considering that when Moatlhodi joined the party, he was already on the ground making inroads within the constituency,” the source said.

Reached for comment, Bontshetse could not be drawn into discussing the developments insisting that he is still seeking advice about the way forward from his lawyer. “For now I do not want to discuss this issue about my future because I remain BNF despite the outcome of my urgent application. But for further enquiries you can contact me next week,” he said.

Kalahari Roses back on Europe tour 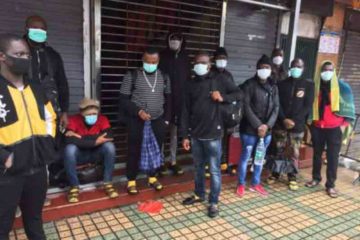