Botswana Public Employees’ Union (BOPEU) has submitted its application to be a member of the Public Service Bargaining Council yesterday (Monday). This is after the Union courted other smaller public service unions to become a bloc in order to meet the required 28,000 threshold and also to afford smaller unions to be part of the PSBC.
BOPEU Secretary General Topias Marenga told The Botswana Gazette that the union submitted an application to the Bargain Council, and is awaiting the response of the Secretariat. According to Marenga, BOPEU reached agreements with Trade and Allied Workers Union (TAWU), Botswana Nurses Union (BONU) and the Botswana Government Workers’ Union (BOGOWU). .“Our belief has always been that there is no need to sideline other Unions…we have had meetings with other unions so that when the verification issue arises, we stand together,” Said Marenga.
The Public Service Act of 2008 stipulates in terms of article 6.1.1 of the Constitution of Public Service Bargaining Council (read with article 6.1) that for a trade union to be admitted into the council, it shall represent at least one-third of the membership of all recognised trade unions whose members are public officers“If we get admitted, then it will be eight seats for the two blocs of workers, us with the other Unions and BOFEPUSU,” said Marenga. “We will face the employer as a unit and sanity must prevail, even with recent developments when we left BOFEPUSU.” BOPEU left the federation after taking a resolution at its Palapye National Congress in December, 2015.
“At the end of the day we are all workers…when we look at what the disunity is about,  I can’t see the reason,” quipped Marenga.Going forward after their admission has been granted, Marenga says BOPEU will suggest to Government that the ‘emotive’ issue of salary negotiations be dealt with two or three years ahead of time instead of annually, “That way, we can also take care of other issues such as conditions of workers…there are sector specific issues to deal, such as overtime for teachers and payment for remuneration of participating in extra mural activities.” he said. “These issues always get postponed to make way for salary negotiations; the Bargaining Council itself is still in an embryonic state and we still have to agree on a funding model for it,” he argued.
The PSBC was formed in 2012 with the Government and Unions each parting with P4 million towards its formation.Johnson Motshwarakgole, the Labour Secretary of the Botswana Federation of Public Service Unions, (BOFEPUSU), also told this publication that they submitted their membership numbers last week as per a Court order, which stands at around 76,500 since BOPEU left the federation.
A settlement was reached after BOFEPUSU made an urgent court application seeking an interdict of unlawful conduct by the Director of Public Service Management (DPSM), after government party pulled out of the bargaining meetings of the 2016/2017 wage negotiations claiming that BOFEPUSU does not meet the membership threshold following BOPEU’s withdrawal. 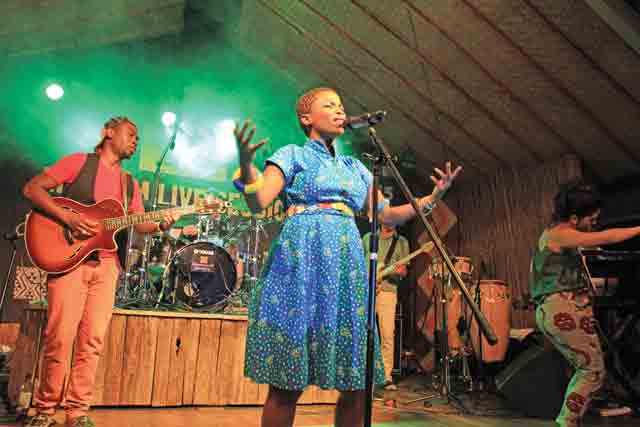