Bopeu on the edge ahead of congress

Skeletons are beginning to tumble out of Botswana Public Employees Union (BOPEU) ‘s closet ahead of this union’s  2015 national elective congress  to be held in the coming weekend in Palapye.

Allegations of division within the management , breach of resolutions from last year’s convention resolutions and unconstitutional decisions  have surfaced.
“Many union members and workers across the spectrum are of the view that BOPEU has divorced its core mandate of being the voice of the voiceless on matters of employment; instead it has not turned into a business company by the current president in office,” claimed one member in documents passed to this publication.

Seitiso is said to be the favourite  and “…he has strong support of all regions while a few individuals in Shakumangu and Central Regions are sympathetic to the current President who is alleged to have promised them positions in the union and at Babereki Investment for their loyalty,” one source made claims.
The source maintains that the majority of members of the National Executive Committee and BOPEU with its subsidiaries are rallying behind Seitiso and his team , excluding the  General  Secretary and his deputy who support Motsamai. “The employees of both organs are optimistic that Seitiso is the Messiah who will represent them well and address their complaints. He was approached by some BOPEU loyal members to stand for the position of the union to transform it into a responsive and vibrant union towards the plight of the working class. ”

Another sticking-point that has emerged is the criteria used to choose delegates of the congress;  claims are that delegates from Rotlhe region (Gaborone, Tlokweng, Ramotswa, Molepolole , Khutse amongst others) were nominated by a person who is standing for the first deputy presidential position  and this contravenes the union’s constitution.  It has surfaced that the nomination of delegates has since  been petitioned by Ministry of Agriculture (MoA) Workplace Union Representatives (WUR).

A letter passed to The Botswana Gazette by MoA staff on the matter requests for the intervention of the General Secretary  on the selection  processes of delegates to the upcoming congress.
In the letter, they state that they were shocked not to find a single one of them selected for the congress, contrary to Article 21.1.1.5 of the Union constitution which makes it mandatory for the WUR to be part of the delegates for the national congress.   WUR alleges that when they questioned  the criteria used to select delegates  at the Special Gaborone Branch , they were  told that  MoA failed to select WURs at a stipulated time hence being denied slots, “We disagree with the statement that the Ministry failed to elect WURs, the fact  of the matter is that the region actually delayed the whole process and actually did communicate with the ministry authorities late hence the late election.  In addition to that, we noticed from the list that some ministries which elected the WURs during the same week  with our ministry were allocated slots.”

An appeal letter from the  Workplace Union representatives  to the National Appeal’s Boards complains of how the office of the General Secretary handled their grievance of the matter.  “We did make our case with the office of the GS but to our shock and surprise, as per our request he never met with us to get our side of the story. Instead he decided to meet with the respondent in the matter and took a decision without our input or involvement. This on its own shows lack of fairness on the side of the GS, “they stated, further explaining that it could only have been fair if the GS had called the two parties  to the  table in an attempt to resolve the impasse.

“We have actually informed him of our availability but shockingly he ignored that,” reads the letter.  According to the representatives, “It is also shameful to be told and we quote: “I met with the Region and Branch committee …” in our absence and then went on to say; “the Region and the Branch resolved to make this decision…”. We note with concern that he has failed to intervene and make a decision on the matter himself but instead went ahead to endorse the very same decision that we are complaining of.”

The  Ministry union representatives have concerns on why they are not part of the delegates to the congress; who appointed their representatives to the congress and why some of the delegates who are said to be from Gaborone come from other branches like Mogoditshane.  In their concerns, they quote Article 12 of the Union Constitution which explains who decides on delegates from workplaces and Article 21.1.2 which states that, “each REC will send delegates and observers to the National General Congress (NGC) as per the allocated slots.”  From their understanding the constitution does not  say the Regional Executive Committee (REC) will nominate on behalf of the branch.

Reached for comment, BOPEU Spokesperson Emmanuel Tlale nullified  all  allegations, saying  “ The Ministry of Agriculture did not petition BOPEU, all they did was inquire on the names of delegates from their office as they had not been sent a correspondence to that effect. They did not know who was going and wanted to know,” Tlale explained. With regards to Rotlhe region,  Tlale said 90 delegates are expected   to be from the region with  five per branch. “Ministries have since been given  slots for two representatives.”

However,  Tlale’s response to the issue paints a different picture from that of the representatives. “Let us point it out here that as of date none of the above concerns have been addressed save for being told that there are two slots allocated to our Ministry without giving names, an issue that we raised with the GS and he is yet to give details of his correspondence dated 09 November 2015,” they further stated.

The representatives say they raised their concerns with President Motsamai,  who despite having listened to them- failed to address the issues brought to his attention.

“Interestingly he actually took a decision without even calling the NEC to appreciate and deliberate on the matter. We have learnt with concern that the President also went ahead to rubber-stamp the decision by both the Regional chair and the GS without addressing our areas of concerns. One such area we raised and which the president failed to address is the issue as stipulated under section 12 of the constitution, which provides for delegates to be selected by workplaces. According to the letter from the President it looks like he is in support of the violation of the constitution and actually goes on to say the GS decision to endorse the violation of the concern was proper as he was acting on behalf of the NEC, ” their state.

Their bone of contention is that if their ministry is allocated a slot, they should be allowed to nominate their own delegates.

Nare calls for patience at Gunners

Bopeu on the edge ahead of congress 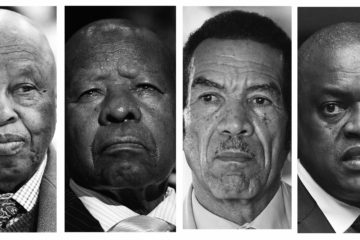