Participating in the African Leadership Forum in Tanzania last month, former president Festus Mogae, waxed nostalgic about how Botswana used to be “an open society, open economy” and lamented its regression in that particular regard. However, according to the assessment of some people, even at the time that Mogae himself was president, the country was literally closing up and rather than embrace foreigners, was beginning to stiff-arm them.

In stating her case, Kate Lefko-Everett of the Migration Policy Institute in the United States, holds up two exhibits as evidence. Exhibit A is in the form of Botswana’s migration policy which she had occasion to study closely and write extensively about. Her verdict: today’s Botswana is less welcoming than it was in its early days when it actively recruited both industrial investment and skilled professionals from across the continent.

“Foreign workers were aggressively pursued to fill skills gaps in sectors including technology, management, education, engineering, law, and healthcare, and were offered competitive salaries, subsidized housing, cars, health insurance, and free education for expatriate children. As a result, the number of legal non-nationals living in Botswana tripled between 1971 and 1991 from 10,861 to 29,557, and had increased by six-fold to 60,716 by 2001,” Lefko-Everett writes.

At the Tanzania forum, Mogae told his audience: “We used professionals from all countries, including Tanzania here and we trained our people here, and in South Africa and in Nigeria and in Ghana but that is being reversed by our government.”
Lefko-Everett’s analysis places this reversal in a different time period. Alongside the expatriate recruitment drive was the maturation of the localisation policy – Exhibit B. Three years after attaining independence, Botswana engaged two American consultants from the Ford Foundation to examine arrangements for training and localisation within the public service. The consultants recommended the establishment of a standing presidential commission on localisation and training to investigate all matters pertaining to the policy of localisation until such time as the aims of the policy had been achieved.

When the policy reached maturation in the late 1990s (Mogae became president in 1998), the labour market still remained open to foreign professionals but the dynamic soon changed. There was a decline in the number of jobs open to foreigners and a number of incentives they were once offered (such as free education for expatriate children) were eliminated. Competition for jobs intensified and citizens began to resent foreigners for taking their jobs. These conditions prompted some foreigners to either relocate or consider doing so.

In 2003, representatives of companies were quoted in a United Nations Conference on Trade and Development report as stating that they were experiencing difficulties in obtaining work permits for their foreign employees of firms located in Botswana. In reference to this study and with specific regard to the tourism sector, a Botswana Institute for Development Policy Analysis report notes how this situation constrained the ability of businesses to source adequate skills: “This makes it difficult to employ qualified personnel especially in specified areas (e.g. lodge managers) creating some rigidities in the labour market (e.g. needing to keep on inefficient managers).” Another, more recent report prepared for the British High Commission by a South African consultancy firm also reaches a conclusion that challenges Mogae’s assertion about Botswana being an open economy: “Restrictions on work permits are particularly harmful for services sectors with a severe shortage of specialised skills.”

The Forced Migration Studies Programme (FMSP) at the University of the Witwatersrand in South Africa has conducted a background study on Zimbabwean migration patterns into Botswana, Zambia, Mozambique and Malawi. The study considers the exodus that occurred in the early 2000s when the Zimbabwean economy began to collapse and its people sought greener pastures in those countries. With regard to Botswana, the Programme came to the conclusion that given the manner in which both the government and citizens themselves view these migrants, Botswana is not an open society. It criticises the Botswana government for criminalising lack of documentation, overstays and clandestine entries by this group of Zimbabweans. In the defence of these people, the Programme asserts that their migration is motivated by humanitarian need and that for that reason, they should be treated as “humanitarian migrants.” The Programme also found public discourse in Botswana to be “less welcoming” of Zimbabweans.

“Attitudes to Zimbabweans appear to be more positive in Malawi, Mozambique and Zambia than in Botswana. The local populations in Malawi, Mozambique and Zambia were perceived by Zimbabweans as more friendly and helpful than locals in Botswana, and evidence shows that many communities support Zimbabwean migrants with food, employment and accommodation. The historical, cultural and linguistic ties to Zimbabweans may foster this spirit of tolerance. Official rhetoric in these countries is less exclusionary than in Botswana, and to a large extent restrictive legislation is left unimplemented,” FMPS says.

Its recommendation is that “the government of Botswana should be urged to cease deporting undocumented Zimbabweans due to the humanitarian conditions in Zimbabwe and the consequently forced character of their movement.”

Another recommendation is that Botswana should be encouraged to recognise Zimbabwean asylum seekers on the basis of the 1969 Organisation of African Unity Convention Governing the Specific Aspects of Refugee Problems in Africa. According to the latter, a refugee is “every person who, owing to external aggression, occupation, foreign domination or events seriously disturbing public order in either part or the whole of his country of origin or nationality, is compelled to leave his place of habitual residence in order to seek refuge in another place outside his country of origin or nationality.” Within the context of that definition, undocumented Zimbabweans in Botswana would be recognised as refugees and accorded requisite protections.

To be clear though, Mogae was addressing a different, more recent, malevolent form of Botswana’s closedness which he believes is taking shape under his successor, President Ian Khama. He spoke about how previous administrations “ran an open economy, an open society” and lamented how the “current regime” has “reversed all that.” By the former president’s account, the Khama’s government has expelled more than 2000 professionals over the last six years. 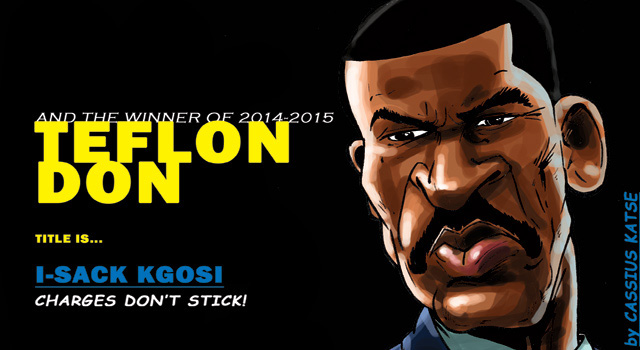