Following the success of the 2nd Africa Youth Games Botswana is poised to host more continental and global games. Gazette Sport is reliably informed that the Botswana National Olympic Committee (BNOC) has already laid the foundation for a bid for the 2019 All African games despite their reluctance to confirm the reports.

Other competitions eyed by the BNOC include the African Championships in Athletics, African Swimming Championships and the 2022 Summer Youth Olympics. The Youth Olympics’ 2022 tournament is yet to be allocated, Botswana could take advantage by making an early bid, as the approach worked in their favour when bidding for the Africa Youth Games in 2012.
The rights are awarded by the International Olympic Committee (IOC), Botswana could have an advantage because IOC President Thomas Bach was in Botswana during the Africa Youth Games. Bach praised the country for hosting a successful tournament as he was spotted in multiple events during the competition.

He also mentioned that they would have to get government approval before making any potential bids.
“ANOCA will not be involved in our next projects but they have given us positive feedback. Some urged us to bid for more tournaments. We aim to host more major competitions in the next 10 or more years. Botswana is capable of hosting major events in Africa and at a world stage in the next few years,” Serufho stated. 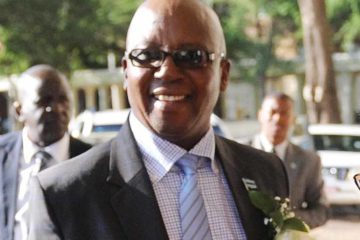