The 2013 Deloitte CFO Survey, for the first time, was extended to include Chief Finance Officers operating in Botswana and who overall say that their businesses are doing well. About 61 per cent of CFOs in the country report that their companies have seen an improvement in performance over the past year, while 25 per cent have remained broadly unchanged. Not only that, but they are positive regarding the outlook too; with over 77 per cent of Botswana CFOs expecting to see better performance in 2013 and a further 83 per cent anticipating increases in performance in 2014.

Although there has been reasonable growth, and decent growth is expected, CFOs in Botswana are not fired up over expansion. In fact, their strategic focus seems more geared towards defensive plans rather than expansion.

But the organizations do not seem convinced enough to embark wholeheartedly on expansion plans or growth strategies. Perhaps, they are holding back out of concern for the very real constraints imposed by a shortage of skills and the difficulties in finding and retaining key talent.

On the positive side however, CFOs are also looking at increasing their focus on growth through customers, channels or products (56 per cent), brand equity (33 per cent) and revenue from Africa and other emerging markets (31 per cent). When looking at the cash flow priorities of business in Botswana, this caution on the part of CFOs is again a key theme. The top priority for cash flow this year is to focus on improving current operations, with 59 per cent of CFOs citing this. Returning funds to shareholders followed by retaining cash for liquidity are the next two top cash outflow priorities for CFOs. Using cash to make investments is lower down on the list of priorities.  Reasons for the restraint by businesses could be revealed by CFOs’ industry concerns and the business risks which they face. As said, a shortage of key skills is a one of the most pressing concerns facing Botswana businesses, with 52 per cent of CFOs placing this in their top three industry concerns. CFOs across Southern Africa cited competitiveness of the local market as an issue for them. In Botswana, 39 per cent of CFOs find this problematic. The slowdown of growth in the neighbouring South Africa as well as the continued sluggish recovery of the global economy, is weighing on business in Botswana. The biggest risk cited for Botswana companies, by a significant margin, is the continued fragile state of the global economy. Given that exports account for 44 per cent of Botswana’s GDP, this concern is understandable. Margin pressure, from both rising electricity and other prices, are also seen as business risks by CFOs in Botswana.

Botswana is facing satisfactory economic growth in the near to medium term and companies are performing well according to the CFOs surveyed. Yet businesses are adopting somewhat defensive strategies in the face of slower growth and concerns over the high cost of capital, despite lower interest rates.

BDP elders council won’t give up 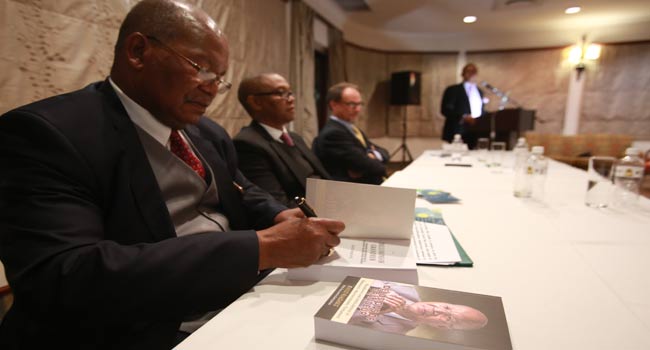