Fielding midfielder Ofentse Nato in last week’s CHAN Qualifier against Lesotho might have been a risk for the Botswana national football team due to his return to Atletico de Kolkata. The CHAN competition rules strictly allow only home based players to participate in matches involving their countries.

Nato was part of the squad by virtue of being part of the Gaborone United squad when the national team names were registered by the local football association. Nato’s six month loan with GU officially ended on July 6, two days after participating in the game against Lesotho.

The Zebras midfielder’s official return to Atletico was announced by the club on June 12 (nearly a month before the CHAN game against Lesotho), as they confirmed their decision to re-sign him for the second edition of the Indian Super League.

Observers are of the view that Lesotho could have filed a case against Botswana questioning Nato’s eligibility to participate in the competition after being officially confirmed by Atletico, however, they had a change of heart after winning the tie.

It seems the Botswana Football Association has escaped the wrath of CAF, the loss against the visitors now appears to be a ‘blessing in disguise’ as Lesotho would have protested by labeling Nato a defaulter if they been eliminated by Botswana.

Shoot to kill policy is here to stay - Khama 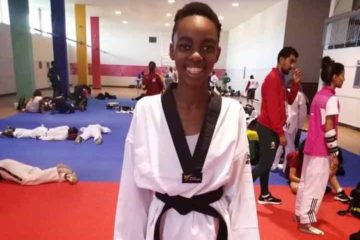