In March 2013, celebrations erupted when news emerged that Botswana, a landlocked country with a small population of 2million, had been given the nod to host the second Africa Youth Games. The Gaborone 2014 games, as they  were called, became the biggest sporting event in Botswana featuring about 2500 athletes from 53 African countries competing in 21 sporting codes. Botswana went on to host a successful event that not only put the country on the international spotlight but also presented a new breed of local athletes who are tipped to fly Botswana’s flag higher. Tsaone Segaetsho reports…

BAYGOC preparations on point
However, there were concerns that the Botswana Africa Youth Games Organizing Committee(BAYGOC), led by chief executive officer Tuelo Serufho and chairperson Regina Vaka did not have enough time to prepare for the games.  First time hosts Morocco, who hosted AYG in 2010 had more than three years to prepare. Algeria have already been selected as the next hosts in 2008, which means they will have three years to prepare. Comparatively, BAYGOC had only 14 months to prepare as they were announced as hosts in March 2013 ahead of the games in May 2014. However, BAYGOC did very well as they managed to host a successful event.

Serufho and his team kept their heads up and assured the nation that the games would be a success. They achieved their feat despite a number of challenges among them limited finances, shortage of water and shortage of electricity. During the official opening, President Ian Khama said the games presented an opportunity for Botswana to present itself as tourism and investment destination of choice.

“We are confident that our visitors will experience our hospitality, humility and above all the unique culture and heritage that we have,” he said.
For her part, Vaka said the games were an opportunity for Botswana and Africa to shine and stand proud. Apart from the athletic events, the opening and closing ceremonies also drew much attention from Batswana and the international community. International broadcaster Supersport enabled multitudes throughout the world to view the games as they broadcast them live from the beginning to the end. It was not a surprise when the President of the Association of National Olympic Committees of Africa (ANOCA), General Lassana Palenfo praised Botswana for successfully hosting the games during the closing ceremony. Palenfo also commended Batswana for their warm spirit and hospitality and urged the rest of Africa to use them as an example.

During the games, Botswana hosted about 2500 athletes representing 53 African countries competing in 21 sport codes. This was a great improvement from the first AYG in Morocco, in which 1000 athletes from 41 countries competed in 16 codes.
Team Botswana shines
Because Botswana were hosts, there was a lot of pressure on Team Botswana to dominate the games. The young athletes did not disappoint as they outdid themselves and made the nation proud. Team Botswana won position eight out of 53 countries which participated, bringing home six gold, nine silver and 19 bronze medals. 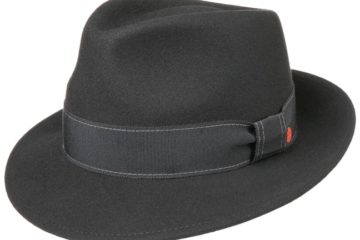