Giving his expert testimony on Foot and Mouth Disease (FMD) before the Parliament Select Committee which is completing its investigations on the Botswana Meat Commission and the decline of the cattle industry this Friday, Gavin Thomson, an FMD specialist said the SADC region (including Botswana) continues to apply failed policies and systems to FMD control. This, he said creates disastrous socio-economic and environmental knock-on effects. “This, and lack of progress towards solving technical deficiencies in FMD control, contribute to declining competitiveness of the livestock industry which is a disincentive to investment in the livestock sector.

Conversely, internationally accepted value chain approaches to FMD control enable more effective & integrated policies but, incomprehensibly, are being ignored,” Thomson told the Committee. He further said it is vital for future healthy rural development that both public and private sector players, preferably in partnership, develop more effective, cheaper, socio-economically and environmentally appropriate strategies. He also revealed that no country in Africa is recognized by Animal Health Organization (OIE) as free from FMD; mainly, but not exclusively, a result of FMD in wildlife. Nonetheless, only two countries in Southern Africa; Botswana and Namibia are currently recognised as having FMD free zone areas but only about 15 per cent of the Region’s cattle are today located in FMD-free areas.

It is understood that good FMD control was last achieved in 1981- 2000 and since 2000, FMD outbreaks in livestock have become more frequent and more difficult to eliminate throughout the region. The reasons for the declining effectiveness of FMD control, he said, are attributable to an increasing wildlife/livestock contact and preventive mass vaccination programmes appear less effective than they used to be. Although vaccine quality problem has now improved, available vaccines still do not protect against many circulating FMD viruses. Another reason, Thomson said, is poorly organised vaccination programmes that do not deliver adequate ‘herd immunity’ and are compounded by lack of auditing. Consequently, he said the proportion of cattle in the SADC Region being produced in FMD-free areas is declining and many small-scale producers are locked into subsistence farming, such as in the Ngamiland. Thomson further revealed that OIE currently is reviewing the new draft chapter on FMD in the OIE’s Terrestrial Animal Health Code for a consortium that includes the SADC Livestock Unit.

The purpose of the draft review is to propose more appropriate provisions in the Code for Southern Africa’s unique FMD situation, he said. He said access to regional markets are often more difficult than international markets due to poor regional integration despite existence of SADC and the establishment of SADC/COMESA/EAC FTA. Competitiveness, he said, will only improve with investment, particularly private sector investment and this can only happen if access to profitable markets is possible. In this respect, he said FMD is unnecessarily a constraint because safety of beef for trade does not need to be dependent on FMD status of the locality of production.

The present approach which is based on geographic approaches (FMD-free zones), Thomson indicated that it is not only failing but has many negative socio-economic and environmental consequences. According to him, there are non-geographic alternative ways to produce ‘safe’ beef which are based on management of sanitary hazards along value chains. “For beef this is simple because properly matured and deboned beef irrespective of locality of production is a ‘very safe product’ in respect of FMD and other Transboundary Animal Diseases (TADs),” he added. Asked by the Committee chairman, Mephato Reatile if he ever advised the Minister of Agriculture, Christiaan De Graaf on the FMD control alternatives, he said; “I have talked to the Minister but there has not been any much follow-up but he was interested.” 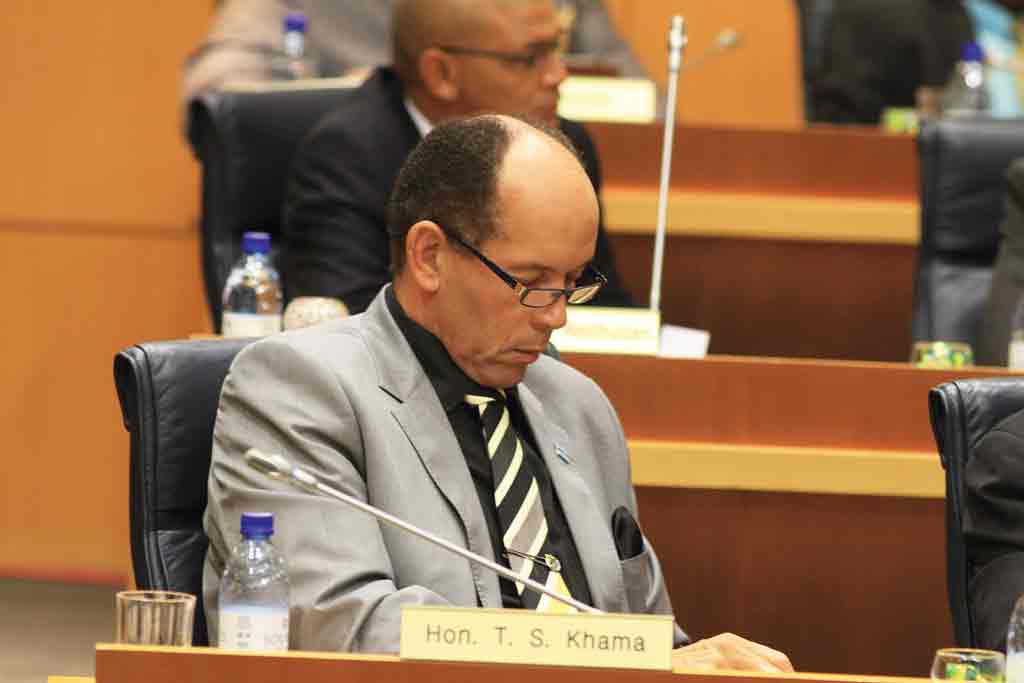