Despite structural challenges and a small population, entrepreneurs in Botswana are said to be better off than their Sub Sahara Africa counterparts.
According to the recently released Global Entrepreneurship Index (GEI) 2015 ratings, Botswana has come out second after South Africa as an ideal home for entrepreneurs in Africa.

The GEI which is on its second year and includes a significant number of Sub Sahara African countries is a tool that measures the health of the entrepreneurship ecosystems in 120 countries annually. It takes into account the environment of operation and ability to succeed as an entrepreneur.
Many local business people have listed a barrage of limitations for their businesses to thrive, including a slow turnaround time in business registration and trading licenses, which has largely affected the country’s global competitiveness ranking, inconsistent power and water supply, slow and unreliable internet and a crippling land shortage that mostly disadvantaged micro traders.

However, the index shows that Botswana came second after South Africa and 66th in the world.
While Nigeria and Kenya have world renowned entrepreneurs who have innovated in their respective nations and have attracted major wealth, Botswana beat the major African economies which came fourth and fifth respectively.

The index however shows that Africa is largely lagging behind in creating an environment for entrepreneurs to thrive. The continent’s second largest economy,  South Africa is the only sub-Saharan African country in the index’s top 50 countries globally.
The index shows that the SADC region fared well with Namibia completing the top five with a third place ranking. 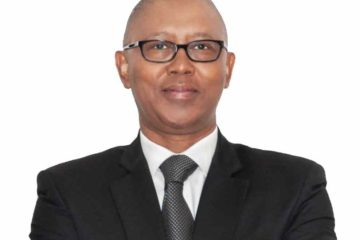