Botswana will export 130 million tons of coal after the completion of the proposed heavy haul railway network to sea ports in Walvis Bay in Namibia, Richards Bay in South Africa and Mozambique’s Ponta Techobanine. The country is currently exporting 3 million tons of coal from Morupule.

Speaking to Gazette Business in an exclusive interview last week, Chief Executive Officer of the Botswana Chamber of Mines, Charles Siwawa pointed out that the rails to these three destinations will not be built at the same time. He said the government is currently negotiating with all the other governments involved, but its talks with Namibia are at an advanced stage. “We hope to sign (with Namibia) in the first quarter of next year,” he said.

The project, which will cost over US$22 billion, will be funded entirely by the private sector. Siwawa said that government is only helping with negotiations with the other governments and the funders. He said that as soon as government is done with the negotiations with the respective governments, she will negotiate with the funders, who will need to be assured that 50 million tons of coal will be exported through Walvis Bay annually, another 50 million tons through Ponta Techobanine and 30 million tons through Richards Bays. “We believe that we have enough coal resource to support all the three railway systems,” Siwawa said. Botswana boasts of an estimated 212 billion tons of coal reserves.

“The proposed railway systems will be a heavy haul, it will carry about 460 wagons (about 4 kilometres long) and will be pulled by six wagons,” he described the type of train to Gazette Business. Emphasising on how big the train is, he said that it takes 18 hours to load it and six hours to offload it. “It is not a new thing; it is a tested technology that we are importing into Botswana. The train system will be run 24 hours 365 days a year but we will break for holidays such as Christmas and the Easters,” he said. He noted that transporting coal is a bulk commodity hence the need for such a railway line.

Siwawa said the 1, 500km railway line to Walvis Bay will cost $11 billion and the one to Ponta Techobanine, which will be 1, 100km long, will also cost around the same figure of $11 billion. The funds will cover both the development of the railway lines and the ports. As for the Richards Bay route, he said that “the development will not be much for Botswana” as the country will only need to connect Mahalapye with Martins Drift and South Africa will take care of the developments on the other side of the border.

However, they have not yet agreed with South Africa regarding the exportation of the 30 million tons of coal through Richards Bay but they are hopeful for a positive outcome. He said that South Africa is developing the port in Richards Bay. “Currently they can handle 90 million tons and they want to take it to 120 million tons, we believe that in that expansion they will find room for us,” he said.

On assuring the funders that the required amount of coal will be produced, Siwawa said it is important because they (funders) need to get assurance that they will recover their funds. He said that there has been some interest expressed by a couple of funders from the United States of America, China and India. China is currently leading in the global demand for coal and India is also one of the countries whose demand for coal remains high. “So far we have one (operating) producer, Morupule, but as soon as the governments agree and we look for funders, we will tell more producers to start producing so that by the time the railway system is completed they have enough to supply,” he said.
There are other possible producers like the Anglo-American, Jindal, Shumba Resources and African Energy. “At the moment they can’t produce at the current tariffs, they are hoping that the tariffs will be lowered so that they start producing but the transporters need a guarantee that they will produce at least 10 million tons (combined) per annum,” he said, but noted that the guarantee needs to be made first then the lowering of tariffs will follow. “The bold decision should come from the producers themselves, to say we will produce no less than 10 million tons a year,” he said.

Meanwhile, the minister of Mineral, Energy and Water Resources (MMEWR), Kitso Mokaila on Saturday left for India to meet the Indian ministers of State for Coal and that of Railways to discuss amongst other things, the collaboration on the coal beneficiation, infrastructure development and expertise on issues related to coal.

A press statement released by MMEWR last week indicates that though Botswana has massive coal reserves, lack of appropriate and dedicated infrastructure to move it to the markets has made it difficult to develop the large coal resources which Botswana is endowed with. The statement further said that Mokaila’s trip to India is expected to assist the two countries in coming up with ways on how they can help each other benefit from the resource. “The Minister will also undertake a site visit to Mundra Coal Port Terminal, one of the world’s biggest coal importing terminals,” it concluded.

Over 130 disabled students graduate at Limkokwing 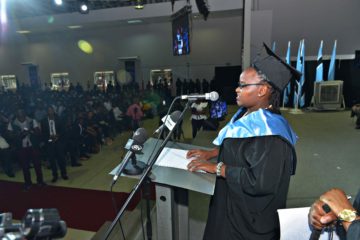