Following African Union (AU) Commission chairperson Nkosazana Dlamini-Zuma commitment and appeal  to AU countries to  offer full support to Nigeria to fight against Boko Haram, the Botswana government  seems to be undecided on whether to send   Botswana Defence Force troops to the troubled west African country.
Director of Protocol and Public Affairs at the BDF, Colonel Tebo Dikole stated that  as the BDF, they are governed by the BDF Act and that they act on commands from  the Commander in Chief. “ If he prescribes that we do something, then we act,” he explained.
He explained that Botswana, being a SADC country  cannot go to Nigeria on a peace keeping mission as it does not fall within  the AU organ, Economic Community of West African States ( ECOWAS) that  Nigeria is part of.
Furthermore, he said the nature or mandate  of the peace keeping also determines the involvement of a  state . An example would be BDF’s  presence at  Darfur, despite being not in the SADC region as Botswana, which Colonel Dikole explained that it was only unarmed military officers whose duty was to observe and report, unlike in the Nigerian case where they would be expected to join in the  fight.
Botswana troops have in the past participated in peacekeeping missions in other countries. In 1992-1993, they were sent on United States led coalition of forces to restore peace in Somalia, 1993-1994, UN operation in Mozambique and in the same year, a team of BDF officers engaged in a UN peacekeeping mission as observers.  Furthermore, in 1998, the BDF also participated in a SADC military intervention in Lesotho called  Operation BOLEAS. Botswana also contributed troops to African Union Mission in Sudan (AMIS) which operated in Darfur in 2004.
In an   AU statement issued last week on Boko Haram killings in Baga, the commission condemned the despicable attacks by  the  terrorist  group  in some parts of Nigeria and other countries.  Thus, Dlamini -Zuma committed to extend all necessary support to the regional effort to combat Boko Haram stating that,  “The Commission will expedite its consultations with the countries of the region towards the effective implementation of the relevant provisions of the Communiqué adopted on this issue by the AU Peace and Security Council (PSC) on 25 November 2014.”
She further appealed for mobilization of the required international support to the Multinational Joint Task Force (MNJTF) mandated by African countries to combat the Islamist terrorist group.  The chairperson stressed the urgency of a coordinated African countries’ and international response stating the threat that the terrorist group and terrorism in general poses to peace and security in Africa. 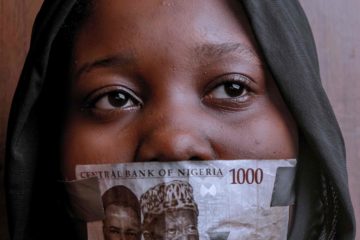