This past weekend the boxing action returned as the champions of 2011, Glen Valley boxing club in conjunction with Botswana Boxing Association (BoBA) hosted the 12th National Interclub boxing tournament at Glen Valley recreation hall. The matches were   qualifiers for the upcoming Keone Mooka Mageu Championship.

“This tournament is the 12 out of 17 tournaments penciled for the 2013 edition of Botswana Boxing Championships powered by Kgalagadi Breweries through their brand, Keone Mooka Mageu. This Saturday, at least 78 boxers descended in what is termed the last hurdles for qualifications to the annual Botswana national boxing Championships,” said the Publicity and Information Secretary of BoBA Willoughby Kemoen.

A total of 34 bouts were in display as boxers came in large numbers from all corners of the country in a bid to increase their chances of qualifying for Botswana’s biggest boxing event. The 8 women’s bouts were the most exciting as the boxers outdid themselves to book a spot in the finals. Some of the women bout highlights were when Katlego Olaotse of 1-2-5 defeated Bonolo Motseothata of Prisons in a light fight and Pearl Morake of Botho club winning a bout against Erica Setso of Glen Valley Boxing Club who gave up on the second round of the bout.

However, the preliminaries and semi finals, scheduled for the 14-15 September 2013   have been moved from Molepolole to a venue to be communicated in due course. The grand finale has been slated for the 22nd September 2013 at the Lobatse Sports Complex.

The championship, which has been sponsored with P435 000 for a three year period (2011 to 2013) is the last edition of the contract. A new sponsorship proposal for a further three year contract for 2014/2017 has been submitted with Kgalagadi Breweries Limited (KBL) as the relationship with KBL dates back to year 2001, according to Kemoen.

“KBL has been sponsoring boxing championships since 2001 and produced some of Botswana’s great boxers like Master Luza, Glibert Khunwane, Sexy Mokudu, Elliot Mmila, Thebe Setlalekgosi, Bruno Nyathi, Dirang Thipe, Khumiso Ikgopoleng, Thato Batshegi, Gomotsang Gaasite, Mmoloki Nogeng, Aldrine Tayane, Blues Mogotsi, the list is endless. This has catapulted the sport of boxing to greater heights up to the current crop of boxers who have kept the fire burning both at home and beyond,” Kemoen said. 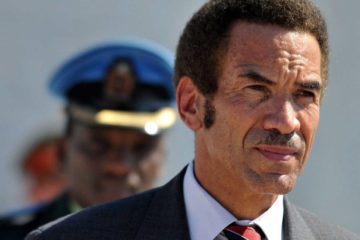