Customers have expressed mixed feelings about the Botswana Power Corporation (BPC)’s new initiative to disconnect customers who use more than the issued quota during peak hours. The program commenced on Tuesday.

According to the Corporation, the program will be used as a first step to regulate usage of electricity when it is in short supply and this will minimize load shedding. It will be limited to domestic and small business customers who will be required to maintain loads within 10A (2300Watts) during peak periods (6-10AM and 6-10PM). Exceeding the set load limit will lead to automatic disconnection and power will only restored after an hour. Continued non-compliance to the set load limit will lead to power only being restored after peak periods, for a maximum of four hours. The normal supply of 60A will then be restored when power is available.

While others praised the initiative, most customers who spoke to this publication expressed disdain with the program, saying it is unfair to give everyone the same limit as some have bigger families and that some small businesses consume more power than others. One of the customers, Tebogo Seboe, said small businesses should not have been placed in the same category as domestic consumers.

According to the BPC Public Relations Officer, Spencer Moreri, this initiative is intended to keep load shedding at its minimal during peak demand and create equity in electricity conservation. He stated that the stipulated 10A will be able to allow customers to use a few lights, a fridge and a television set. He advised against use of other appliances besides the ones mentioned, as it could lead to overuse and, consequently, disconnection. The program will be implemented in Gaborone, Francistown, Lobatse, Phikwe and Jwaneng. Moreri explained that the reason for giving their customers the same limit was to promote equity. “It is important that we all work together to save power, so in our view as BPC, this arrangement is fair because we treat all our customers the same.”
BPC has also warned that the nation should expect possibilities of load shedding as a last resort measure to control demand. 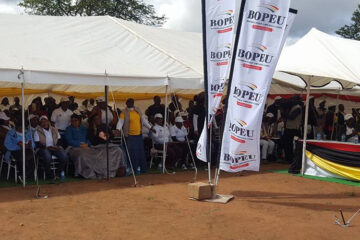