Bramer Life Insurance Botswana was launched in June 2014 amidst much fanfare after the Mauritian based British American Investment Corporation (BAIC) invested P40 million for an 80% stake in the company with citizen investors holding the remaining 20%. BAIC is a behemoth company with subsidiaries trading in insurance, banking, asset management, and capital brokerage.  Nine months into business and making inroads into the Botswana market, a scandal, dubbed by the Mauritian Prime Minister, Sir Anerood Jugnauth, as an “unprecedented financial scandal,” hit its sister company, Bramer Banking Corporation Limited. The scandal entailed a large-scale scam in the shape of a Ponzi scheme that according to first pieces of information available to investigators in Mauritius is estimated at over 25 billion Mauritius rupees (over P6.4 billion). Explaining the scandal at a press briefing held last week Friday, Chief Executive Officer of Bramer Life Botswana, Regina Sikalesele-Vaka, said the bank experienced liquidity challenges as a result of massive withdrawals, inciting the regulator, Bank of Mauritius, to revoke its banking license. Given this, Vaka continued, it was decided that the sister company, BAI Co, the largest insurance company in Mauritius,  would be in distress as well and statutory managers were appointed for the two companies to make sure that there was no prejudice to the public in Mauritius. “Upon receiving the information, I informed Non-Banking Financial Institutions Regulatory Authority (NBFIRA), and a meeting followed with its executive team where a decision was taken to appoint a statutory manager, hence the appointment of Nigel Dixon-Warren of KPMG,” explained Vaka. Dixon-Warren, who attended the press briefing, explained his role as to replace the board of directors and shareholders of Bramer Life Botswana to ensure that the interest of policy holders is protected. “As for the business, it will do business as usual, the license granted by NBFIRA has not been suspended,” explained Dixon-Warren.  Vaka welcomed the appointment of a statutory manager as he “…is a neutral person who will manage conflict of interest.  His role overrides that of the board of directors, majority of which are shareholders and may make decisions that are prejudicial to policy holders.” She also emphasized that there was no threat to policyholders as Bramer Life Botswana is a separate entity from the BAIC. “Bramer Life Botswana is registered in Botswana and all its assets are held here,” said Vaka. Investigations are on-going in Mauritius around the financial scandal. Quizzed on what they will do should BAIC, the majority shareholder, be found not to be ‘fit and proper’, Vaka said they will have to let the partner go. Gazette Business asked Vaka if they would be willing to go with local investors should they need to replace the Mauritians arise. “We are open to any investor who will bring the value we need. Should circumstances take a turn for worse and the Mauritians do go, we will make an assessment to determine the kind of investor we need. That assessment will look at what the Mauritians will have taken with them that needs to be replaced and it will guide us as to the kind of investor we need to replace the Mauritians. We need an investor who can inject capital, one with a strong brand, and one who can offer technical expertise,” responded Vaka. She added that the three areas do not necessarily have to come from one partner, she says they can have one injecting money and have a cooperative agreement another who has a strong brand and capacity to provide technical support. Given that the investment community in Botswana has decried a lack of investible opportunities in the Botswana economy, and that an 80% stake may lie vacant should the Mauritians be kicked out of their partnership with Bramer Life Botswana, Gazette Business asked a number of fund management firms if the possible departure of BAIC presents an investment opportunity for them. Some had not heard about the scandal, those who knew about it knew it to affect only the Bramer Banking Corporation Limited and had no direct link to Bramer Life Botswana. They could not comment preferring to inform themselves first on the issue.

I am innocent – Boko 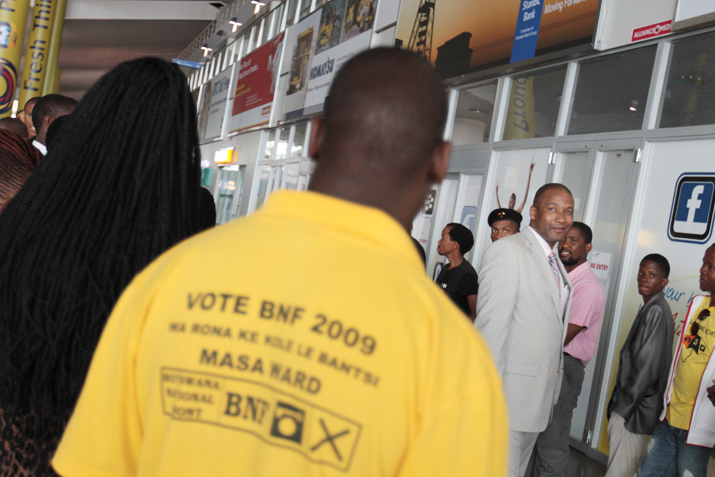