The Botswana Rugby Union(BRU) are in a bid to make Division A more professional as they are starting to clamp down on clubs who do not follow their regulations and standards.
BRU Spokesperson Zilwele Khumalo told Gazette Sport that the Union will be reviewing all the clubs     to see if they comply with the constitution. Clubs will be scrutinized and introspected to see if they go in line with the league’s regulations.

“We will be reviewing all the Division A clubs and see if they comply with our regulations. We want to see if all clubs are properly registered. All Division A clubs should be registered with Register of Societies and have a constitution. If they don’t meet those requirements they will be relegated to Division B,” said Khumalo.

When BRU was reviewing its constitution last month a lot of things were taken into considerations and teams lagging behind in professionalism were summoned. An ‘axe’ has been held up by BRU to ‘chop out’ teams that do not meet Division A standards and Francistown club Tuskers were the latest casualty of the axe. Tuskers was relegated to Division B for not honouring last season fixtures.

“We relegated them because we are not assured they will be able to play all their games this season. We gave them time to review their team and so that they can come back rejuvenated and ready to participate,” said Khumalo.

In January, Tuskers’ acting spokesperson Zibo Melefe told this publication that the club is still in talks with its umbrella organization, Francistown Club and will be able to confirm its participation mid-February. However, BRU relegated the team for not meeting the Division A regulations last season and the club will be participating in the lower division.
Information reaching Gazette Sport is that Tuskers was having problems with the mother club last year. According to our sources, the Francistown Club which is an umbrella of many sport codes, has literally disowned the team.

The umbrella club refused to give the team playing kits and the pitch making it fail to honour many fixtures according to the sources.
“We decided to be independent and use dusty grounds. There are many conflicts in this club and we just had to step aside,” said the source.
Meanwhile, Tuskers will be replaced by new team LKC Jaguars to make Division A teams six in number. Division B has two new teams, BIUST and Gladiators from Francistown. The league resumes this Friday. 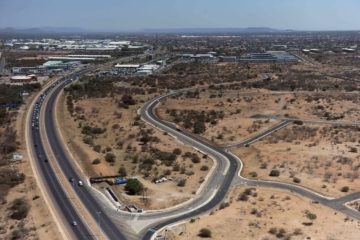