The legal advisors in the controversial initial public offering (IPO) of Botswana Telecommunications Limited (BTCL) have spoken out to defend the corporation’s delayed listing on the local bourse. In his first ever public statement over BTCL’s delayed first sale offering, senior partner at Collins Newman & Co. Rizwai Desai said many of the concerns and negative publicity that the corporation has receiving over its delayed listing is a result of lack of understanding of the complexity of the process involved. Desai, whose company has been has been engaged as the legal advisors in the BTCL initial public offering (IPO), was speaking at an information sharing workshop that was organized by PEEPA last week Thursday.

Desai said such a complicated and rigorous process takes time. He also assured stakeholders that the necessary foundation has been laid and everything is on course. He added that BTCL is a large corporation with international obligations and as such has to undergo scrutiny of stringent regulations which ended up delaying the public listing.

“I think it is a good thing that there is a delay especially if it can be explained in the right way,” he said.
Desai defended the decision by the Ministry of Transport and Communications to defer the launch of the IPO which was initially billed for November 7 2014, saying the main objective was to capture the widest possible base to buy into the IPO as a way of ensuring maximum participation by Batswana. He mentioned that it is difficult at this stage to determine a new specific IPO launch date due to pending approvals. He explained that there is a series of requirements that need to be met both within the Companies Act and the Botswana Stock Exchange (BSE) of which their coordination is yet to be achieved. Desai admitted to Gazette Business that the initial date was ambitious given that the objective seemed less likely to be achieved even if technically it could be done.

“We were not aware of the depth of request for knowledge,” he said.
The launch date was also set amid pending approvals. Desai also made it clear that individual Batswana will be given priority in the allocation of shares after which citizen companies and institutional investors will be considered. The issue of citizen participation gets diluted with regard to institutional investors specifically relating to pooled funds which have a combination of both citizen and non-citizen investors. Botswana Stock Exchange (BSE) Listings and Trading Manager Tsametse Mmolai divulged that the bourse advised that such institutional investors should be allowed to participate given that many of them are Batswana. However, Desai responded by saying that the BTCL IPO was designed purely as a driver of citizen empowerment.

Stockbrokers Botswana as the appointed sponsoring broker provides a link between the BSE and BTCL and will on completion of the prospectus provide a preliminary judgment. Head of Trading at Stockbrokers Botswana, Kennedy Kgomanyane said their responsibility is to promote the buying of BTCL shares and amass participation muscle. The idea is that it is easier to convince existing clients into buying given their already known ability to participate, which in other words means that they are people with money to invest.

Mmolai explained that BSE has given BTCL conditional approval which means that BTCL has to among other things secure a minimum of 20 percent public participation level so as to be granted listing approval in the local bourse. 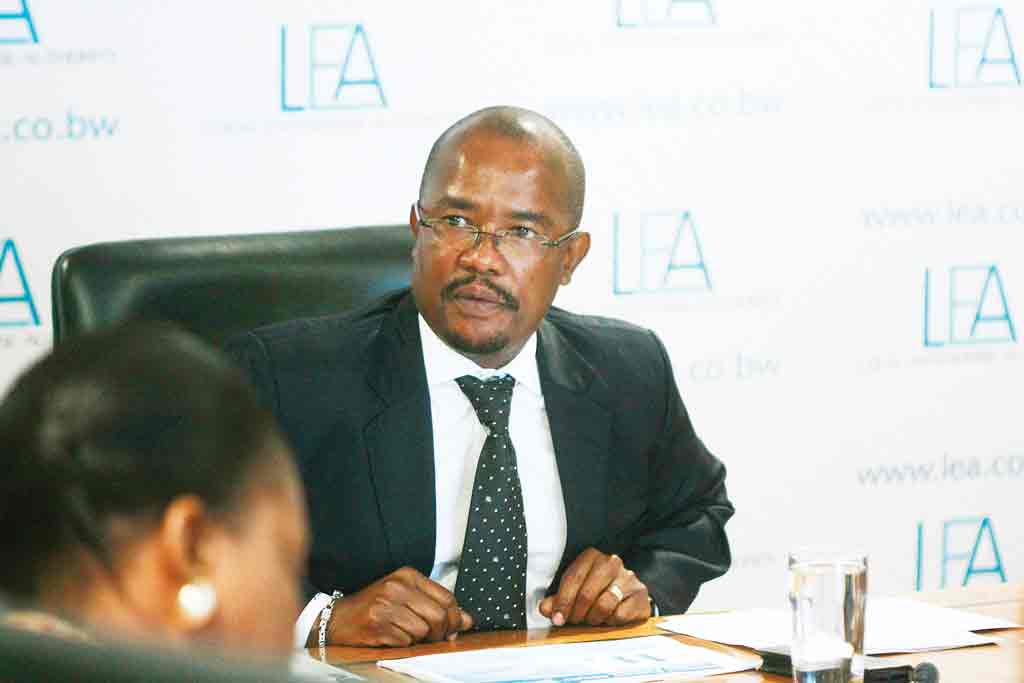