The acting chief executive officer of Botswana Tourism Organization (BTO), Thabo Brian Dithebe has urged Batswana to be originators of local tourism by exploring the country and enjoying its rich tourism offering. Speaking during a stakeholders meeting at BTO headquarters last week, Dithebe said the organization was encouraged by the fact that many Batswana traveled the length and breadth of the country over the festive season and shared their experiences on social media.

“Batswana must be encouraged to travel  because revenue generated by originators of tourism remains in the country as there are no leakages,” he said.
To promote domestic tourism, BTO has embarked on a campaign titled, “explore your Botswana” which is meant to promote awareness of the Botswana tourism product and encourage local travel. In its 2013/14 annual report, BTO revealed that the “explore your Botswana” campaign was held in Francistown, Kang, Selibe Phikwe and Gaborone. BTO also reached out to the public through a weather sting on Botswana television, live interviews on selected radio stations, industry partnerships and through its countrywide satellite offices. BTO has also partnered with a number of local cultural tourism events that include Dithubaruba, Domboshaba, Son of the Soil and Khawa Dune Challenge and cultural festival. Under sports tourism, BTO sponsors the Toyota 1000 Desert Race, The Kalahari Challenge and Tour de Tuli.

BTO’s “explore your Botswana” campaign has been hailed as a welcome development that will revitalize the domestic tourism industry, generate visitor spending during the off season, increase domestic spending and facilitate growth of smaller, remote or less developed areas of tourism. Pundits have opined that countries with a weak domestic tourism sector are more vulnerable to fluctuations in the international markets. Late last year, BTO General Manager-Germany, Karin Zwiers revealed that Botswana’s tourism industry was hit hard by the Ebola epidemic as international travelers canceled their bookings amid fears that they could contract the disease.

It has also been found that domestic tourism facilitates sustainability and financial resilience in the industry as many tourism businesses would not survive without the year round patronage of domestic visitors. Success in the domestic visitor market also provides businesses and communities with the opportunity to develop their product or experience to levels that will attract international visitors. Domestic tourism creates a platform for tourism businesses to become export ready by underpinning the international offering and providing year round cash flow. This has the effect of stimulating product and infrastructure development. 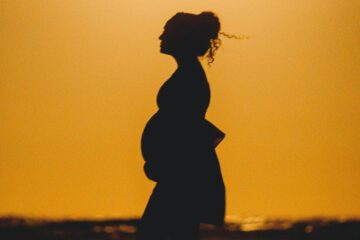