Buffaloes, a beacon of hope

It is a well known secret that I do not carry a membership of any local club. However those who have followed this column would have read about my love for Extension Gunners, largely because of Tumie Duiker, a player I believe is the finest talent in our football history. I have said Nico United was unavoidable because it made sure I watched all the stars by hosting them, not only Duiker. I watched Scara Kebalepile, Desmond Molefe, Robbie Khonzaphi, Louis Setshwane and BB Sechele  among others because they came to Selibe Phikwe to face Majombolo. I was mesmerized by FC Satmos because of the phenomenal ambition Sam Sono had.

His football acumen is still unmatched today in Botswana. That is why we are still failing to achieve his dream of professionalism today. Just when we thought Sam Sono was smiling where ever he is, BMC FC rocks up in a league fixture in two sets of teams to face one team in Palapye!! A big comedy, a movie! You would have seen in this column that Township Rollers enticed me with their trend setting ability, their rich heritage and unmatched overall success, on and off the field. Centre Chiefs is my home team. Both my parents are members in good standing and my uncle religiously pays a monthly subscription. I have said that GU was also interesting to me because they are traditional rivals to Rollers although that position has been assumed by Centre Chiefs in the last five years or so. These are the teams which have always drawn my interest to the local soccer scene. So, it is impossible for me to hold membership of any local club when they have long confused me as a school boy.

I have to be honest, I have erred in never giving credit to a club I have grown up with. I do not want to sound like I want to be Kingpin or rise to the occasion. I come from Mosanta and I cannot be talking about far flung Gunners and FC Satmos and not talk about Mochudi Buffaloes. You see, Buffaloes is a club I have thought and asked myself many questions about for many years now. It is a club that has been consistent in their bid to gain promotion to the elite league but always fail at the last minute, the Play Offs! Why is it like that? Buffaloes are run by a well known family; its chairperson is Clement Modise, who sometimes acts as coach. He is a former player of the club himself, deeply dedicated to the cause and incredibly strong. He has in the process invested painfully his finances, time, energy and emotion to this project.

Mompati Mmakgotso, also a former player  and  now Team Manager’s conversation with me some time back   that made me ask myself questions as to what should be done. His call was simply to inform me of his new role at the club, and to also seek help as to how I could help him achieve his mandate. I felt that I needed to do something. I did not have any immediate idea on how but I asked myself a plethora of questions. The conclusion was painful, but there is a light and possibility.

The prognosis as to why Buffaloes has consistently given us heart aches is because of the generic inclement conditions within which first division football is played in Botswana. It is the poor referees, the fatigue caused by poor traveling, poor diets, poor grounds, lack of support structure, lack of financial streams, lack of quality players and also lack of community support that demoralize the teams.

My other observation over the many years is that while there is a general sympathy towards Clement and the boys, there seems to be some who are diametrically opposed to a second team from Mochudi making it. The problem is that they want Centre Chiefs to be the only club in the elite league. But, anywhere in the world, clubs from the same place go all the way together and compete against each other. They work with each other and grow. The rivalry should not be beyond 90 minutes. The issue is, rally behind the team and help Buffaloes. Go to their games and be proud of the team. Everyone is free to associate with any team, and even take membership.

Therefore, I will seek ways to help Buffaloes because it is an indelible part of my heritage, my history as a youngster from Mosanta. I wish the club well in yet another painful, rocky, inclement season ahead, and hope that with extra determination, their ultimate goal promotion is achievable.

Spinning your way to fitness

Buffaloes, a beacon of hope 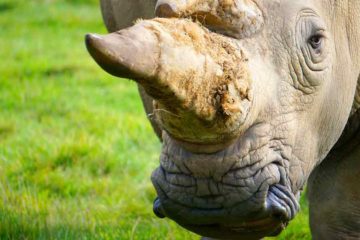