Botswana Unified Revenue Services (BURS)’s P43 million scanners installed at the Tlokweng border gate are allegedly useless in terms of curbing the smuggling of contraband goods into the country. The scanners, which according to BURS should operate from 0600 hrs to 0000hrs, allegedly fail to stop smugglers as they (the scanners) effectively operate during normal working hours of 0730 hrs – 1630 hrs.

This practice has been observed by a trucker who declined to be named. “If you want to cross with something, you wait until the truck with the scanner leaves then you cross. After the scanner leaves they search manually and it is easy to not only bribe them, but they are also likely to miss well hidden stuff like cigarette cartons,” he said.

A source at BURS has corroborated this further, adding that the scanner operator is a BURS driver and not one of the people who were trained to operate it. The scanners were introduced following findings that guns and hard drugs found their way into the country undetected, while some goods were allowed entry without declaring tax, which led to BURS loosing revenue.
Mothei Sejakgomo who served time for armed robbery said contraband came into the country through cargo trucks. “The trucks, like those that bring in cars sometimes have pistols and drugs hidden in the tyres, roofs and in between the door covers of those imported cars, and it would be difficult to carry a physical search to find the goods,” he explained.

Sejakgomo said some of the pistols would have also passed through the immigration and customs and exercise office. “The pistol is stripped and its parts would be kept at different places; for example, the magazine and bullets would be hidden at different places in the luggage bag, some other things would even be hidden in the clothes worn by the person crossing the border or even in handbags. Have you ever had your hand bag searched at the border,” he asked adding that at times some parts of the guns would be hidden in   food containers.

“You would see someone in a queue with you at the immigration office eating his or her home cooked food while at the bottom of that very container would be some parts of the pistol,” he added on the many ways in which pistols are smuggled into the country. 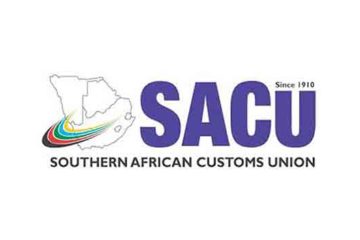