The President of Botswana Volleyball Federation  (BVF) Daniel Molaodi has revealed that they will be engaging in new contractual talks with local car dealership company Capital Motors as main sponsors of the annual tournament, The Independence Cup.

The tournament finals staged in Molepolole this past weekend, saw the close of a two year deal between the two parties which was agreed in 2014, but BVF are eagerly on a mission of seeing the dealership company continue as funders of the competition, despite it being a common norm that entities commence contract talks before the end of a current deal concludes.

In an interview with Gazette Sport, Molaodi made it an open secret that they would be presenting their proposal to the company which has been one of the federation’s sponsors since early 2000.

“We had signed a two year deal sponsorship with Capital Motors and the contract has today come to an end, we will then go on  to open new talks with them and present them our proposal,” confirmed Molaodi

“This has been more than nine years with them (Capital Motors) and we are going strong every year although resources are still a bit of concern. What has happened in the past years is that every time we sign a new deal they increase the sponsorship,”

“When we first started the total sponsorship was P100 000 and over the years it increased to P250 000, last year they decided to add P50 000 and we are happy with it,” added the head of local volleyball.

Despite the marriage between both parties proving to be one of the oldest in the local sporting fraternity, the President concluded by hinting that, “Should a better offer be presented, they are willing to explore other optinons but their current partners remain the first option.”

Meanwhile, the Kutlwano men’s team were crowned this year’s Capital Motors champions after overcoming last year’s finalists Police VI 3-1 in a mouth-watering encounter. ‘Big House’ as Kutlwano is affectionately known went into the game seeking for redemption after their female side went crushing 3-1 to Mafolofolo in the women’s final played earlier on.

Police went into the last lap of this year’s competition oozing confidence after they had defeated Big House in last year’s quarterfinals. Although the opening stages gave an evenly contested affair, it was Kutlwano who stated their intention early by winning the first two sets by 25-22, 26-24.
Police VI came back into the 3rd set with a much polished performance winning it by 25-21. In the 4th set, Police VI gave the game into the hands of the opponents and the team’s captain and danger man, Happy Ribbin,  and Alec Engleton failed to come to the party. Kutlwano won the set 25-20. 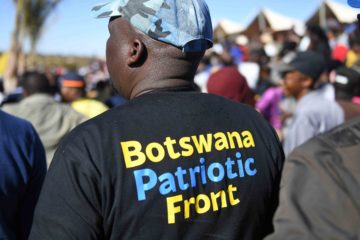