Investigations by The Botswana Gazette have exposed what was going to be the biggest con after Morupule B, a typical case of collusion between a South African multinational firm, the BDP top brass and the deported Zambian national, Jerry Chitube.

The plan, as documents seen claim, was to connive and through access of insider information from a top official at the Ministry of Agriculture (names withheld) – set the ongoing P7.3 billion Zambezi Integrated Agro-Commercial Project, a project which was initiated by controversial business man Vladmir Ceciljir  under the Tahal Group in the 1990s.

Allegedly, a company called Watercress Investments PTY LTD was to be the vehicle for the alleged dubious deal, which would see the Botswana Democratic Youth League garner about P10 million from the slush fund upon the deal’s success.

This publication can reveal that a company named Watercress Investments (PTY) LTD was registered in Botswana with BDP’s former National Assembly speaker, Patrick Balopi, as a major shareholder together with Asogan Pillay, Simbi Phiri and Thulani Majola while Cresta Group`s Head of Marketing, Patrick Chivese and Land Use Transportation and Environment Specialists (PTY) LTD trading as LTE Consulting Botswana held 15% each.

Investigations allege that Chitube and his counterpart, Mephato Reatile, who is also the Southern District Council Chairman, were the deal brokers between a highly placed  official at the Ministry of Agriculture where the project is centered and the South African engineering businessmen, who owns LTE.
Communication between the owners of the company LTE, and the trio suggest that Chitube was going to pocket at least P10 million which he was going to use to fund the BDP Youth League and mobilize campaigns for the 2019 elections.

Chitube has since been arrested by security agents and deported in February. The explanation given to this publication by the Directorate of Intelligence and Security Services (DISS) was that he was involved in some fraudulent dealings and possessed a fake Omang (Idedntity card).

The DISS Director General, Isaac Kgosi, has since distanced himself from Chitube stating that the DIS has never engaged in any illegal dealings with him, but investigations have revealed that the DISS often engaged Chitube in their covert and rogue operations and even sourced a fraudulent Omang card for him.

LTE Consulting was awarded a R200 million tender for Gauteng water and sewer reticulation under dubious circumstances in South Africa, according to Mail and Guardian reports, a deal that has seen Pillay resigning from the company and accusing his partners of graft.

Leaks further reveal that Reatile then went to South Africa and sidelined Chitube and Pillay stating that if Pillay was on board the BDP would not be part of the deal.  Claims are that LTE directors have accused Pillay of snubbing the ANC by reporting the alleged graft in the company.

It appears that some of the directors had close ties with the ANC top brass and Pillay`s move was interpreted as `disloyal` and detrimental to the ANC’s attempts to mend fences with the BDP  after  Julius Malema  called President  Khama a dictator.

Claims are that some directors of LTE wanted to use this billion pula deal to broker relationships between the ANC and  the BDP after Malema`s ferocious attacks.
“The reason given was that Phiri, one of the LTE shareholders, had played a vital role in bridging the relationships between the African National Congress (ANC) and the BDP so Pillay`s standoff with ANC would not work,” Reatile posited, the documents allege.

It is claimed that Reatile further revealed that plans were underway by other shareholders to register LTE Consultancy in Botswana without Pillay.
“He also revealed to them that Pillay is done and will not be getting any projects from the government as he exposed the wrongs that were in the municipality and hence embarrassed the ANC,” reveals the leaks.

According to a Mail & Guardian report from February, LTE has been in a state of internal war since December, when its founder and director, Asogan Pillay, resigned from the board of its holding company over disputes about a R200-million contract in Gauteng. In a resignation letter to staff, Pillay said he had only “recently” learnt that LTE was responsible for the failures at the Mopani project, four months after the company had been appointed.

Pillay told Mail and Guardian that his family home had been robbed twice since then; in one case, he said, it was the day after he told the ANC about what he believed to be a monumental fraud. “On the previous day, I had documents delivered to Luthuli House to the top six,” Pillay was quoted in the publication. “It was a four-page letter indicating or intending to inform the president of the country and president of the ANC as well as the other officials … that I believe this is a fraud exceeding R1-billion,” he told the publication.

The leaks allege that Chitube was used to draft the expression of interest papers for the Zambezi agro-farming project that would suck billions of pula in tax payers money.
“It was promising, they even had a meeting with the Ministry of Finance and Development Planning in the  presence of the Permanent Secretary at the Ministry of Agriculture which is the custodian of the project,” the leaks alleged.

When contacted for comment, Pillay distanced himself from LTE stating that he was no longer a director in it.
Reatile abruptly said “nna rraetsho ke a le tlotla, ke a letshaba, ga ke batle go bua le lona” (translates to; I respect you, I am scared of you, I do not want to talk to you).
One of the shareholders, according to the Registrar of Companies, Patrick Balopi distanced himself from LTE’s dealings. He only confirmed that the company was registered eight years ago to undertake construction but never conducted any business.
“It never really took off as far as I’m concerned and this Zambezi farming deal you mention, I have never been party to it. I’m not aware,” said Balopi. 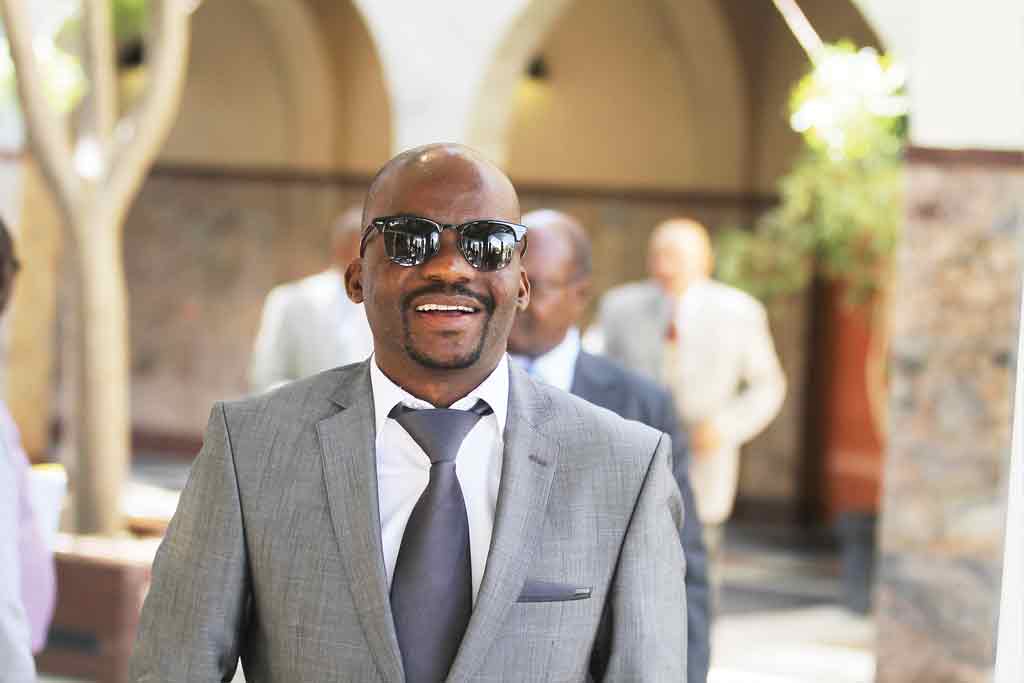