Co-operatives can breathe a sigh of relief following an amendment to the Co-operative Societies Act that Cabinet approved in February this year. The approved amendment may breathe life into this ailing sector of the economy and is expected to be tabled in the July parliamentary sitting. The amendment is expected to bring good governance, promote cohesion, growth and active involvement of members in the management and administration of their co-operative societies. As such, the Act will provide a basis for growing cooperative societies in the country. This was revealed in Parliament last week as Member of Parliament (MP) for Shoshong, Phillip Makgalemele sought to establish the progress made in amending the Cooperatives Act and associated time frames.

Assistant Minister of Trade and Industry Keletso Rakhudu said some of the key specific amendments being proposed include the appointing of a director for co-operative development and any other officers as may be deemed necessary. The amendment will also change the required minimum membership for savings and credit cooperative society (SACCOS) to 20 persons instead of 50 under the current Act. The Co-operate Societies Boards shall also have powers to determine where and how to invest funds; determine capital expenditure without getting permission from the director or minister as is the case in the current Act. The amendment also allows co-operative societies the choice to appoint independent auditors, while the Department of Co-operatives will only concentrate on auditing newly established societies. Independent auditors will help speed up audits and will help societies receive independent opinion apart from Government. Inclusive is the autonomy of the co-operative boards to empower societies to improve their decision making in general management, direction and supervision of their businesses.

Furthermore, there will be transparency in dispute settlement because the Director for Co-operative Development shall not sit on the Arbitration Committee. Currently the commissioner may settle the dispute himself/herself or refer it to the arbitration committee appointed by him/her. In the current Act, an infraction against the law attracts a fine of P50 and a case of continuing offence a further fine of P10 for every day the offence continues. Under the new law, offences against the Act shall at- tract a fine not exceeding P10 000, or im- prisonment for a term not exceeding one year or both. This will act as a deterent to the intent of plundering the resources of the society. Meanwhile, at a Co-operatives Pitso last year Gazette Business learnt that co-operatives face challenges that affect their growth and sustainability like discrimination by some financial lending institutions, mismanagement and fraud, failure to attract and retain skilled employees and under-capitalization.

Gazette Business also understands that to tackle the issue of inadequate management skills faced by the co-operatives, the Ministry of Trade and Industry has decided to upgrade the Co-operative Training Centre, which will enhance the business acumen of the trainees and improve their entrepreneurial skills. Trade Minister Dorcas Makgathu Malesu in 2011 undertook a benchmarking ex- ercise to Kenya, Lesotho and Tanzania to appreciate how they managed to run their co-operatives successfully. 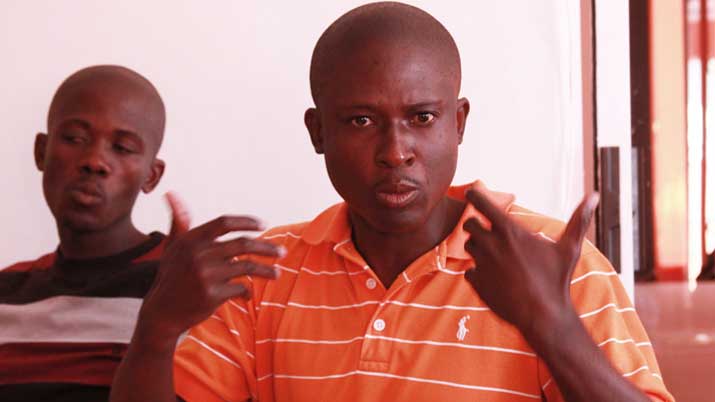