Boatile retained the chairmanship position together with his team in the much publicized elections after defeating the favourite Thabo Autlwetse and Mpho Setuke. Boatile garnered 212 votes while the latter were elected by 140 and 51 respectively. Though Jerry Chitube was also in the Chairmanship race, his aspirations were dented after he was apprehended by the Security Agents when the elections started. Perhaps this was the beginning of all the controversy and divisions that marred the election process. While most of the constituents dismissed Boatile’s reign in the office his committee managed to retain all seats thanks to some of the candidates who withdrew at the last minute in protest.

Some of the frustrated delegates who talked to the The Botswana Gazette accused Boatile of colluding with party leadership to retain the seat. The delegates claimed that prior to elections of delegates at different constituencies, there was a lot of intimidation and interference by the party leadership who wanted Boatile to win. “Considering Boatile’s failure our intention was to oust him but due to dirty tricks transpired in these elections process we failed, so we cannot proceed with the elections while our candidate has been arrested before the elections,” said disgruntled Ghanzi North and South delegates who boycotted the elections.

Other delegates who boycotted the elections in protest include Mogoditshane, Gabane/Mmankgodi and Francistown East constituencies. The defiant delegates claimed that the elections were surrounded by irregularities. Their main contention is that instead of BDP election committee, the election was run by Tsholetsa staff. They further claimed that prior to the elections the ballot boxes were not emptied as per the rules and regulations. “All these made us to question the whole elections process,” revealed one delegate who did not want to disclose his name.

The devastated Autlwetse who did not want to discuss the election issue told the The Botswana Gazette in an interview that though he had lost,  he will not protest. “I have long expressed my misgivings at the branch level so even if I protest the results this will not change anything,” said the seemingly frustrated Autlwetse.

In an interview with The Botswana Gazette Boatile dismissed all dirty tricks he was linked with. “I won because my campaign was so clean. So those who accuse me of colluding with party leadership to play dirty tricks are just my critics,” observed Boatile adding that those who have complaint should raise it formally. Quizzed about his reactions about scores of BDP youth who threatened to quit the party he said “I will address that one at the right time”.
Efforts to talk to Setuke were futile as he was nowhere to be seen after the announcement of the results.

Government is yet to deliver on its spending rules 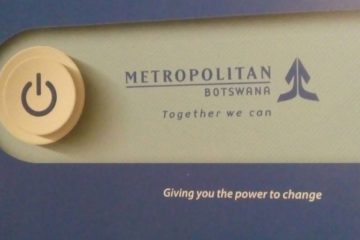