In the midst of the education crisis in Botswana the Kedikilwe commission  also known as The National Commission on Education of 1993 is seen as the the blue print  from which Botswana’s current education system is based.  Amongst the Kedikilwe Commision’s objectives were to increase access and equity in education, improve general education so as to prepare students more effectively for life, citizenship and the  world of work, improve and maintain quality at all levels and enhance the status and performance of the teaching profession. The findings  and recommendations of the report culminated in the approval by the National Assembly in  April 1994 of the Revised National Policy on Education ( RNPE) ,  whose intended implementation was  classified in the short, medium and long term respectively.

However, twenty-three years down the line, some of these recommendations are yet to be implemented and their lack thereof or poor implementation  continues to haunt the education system .  An example would be desire to increase access to education while  the provision of classroom facilities lagged behind. Obviously  this shortage resulted in ballooned class sizes,   high teacher student ratio and  outside teaching.    According to the Commission, part of the reason why quality of primary education was poor then  was  due to lack of educational inputs, including adequate  facilities. “ It is our view that the reason why English Medium Schools have performed consistently better than state schools is not only because they have better qualified teachers but also because they have adequate teaching facilities. The shortage of classrooms does not create the ideal learning environment,”  the Commission’s report reads in part.

Thus, Recommendation 22 was such that in the  long term the norm of class size should be 30, but in the short term the maximum should be reduced from 45 to 40.
Another issue which has been fingered as a contributing  factor to the declining school results  is automatic progression.  The challenge with automatic progression over the 10 year basic education has been that  despite failing at lower grades, students proceed to higher grades without having grasped the basics.  Recently parliament adopted , after it was recommended by the Commission two decades ago,  a  motion that  government   shouldimplement recommendation 23 of RNPE  which abolished automatic promotion and replace it  with assessed progression in schools.   According to the Commission,  guidelines for assessed progression are; repetition up to 12.5% in each class and  continuous assessment system implemented on a national basis in progression at primary schools.

Debating the motion recently, Minister of Education  Unity Dow said  although the revised policy recommended assessed progression and not   automatic progression,  over the years, by default, schools adopted the latter in the 10 year basic education system. “ Overtime, the pressure in schools did not allow for assessed progression in schools   as many students were then left to repeat,” she said at the time,  explaining that  availability of resources especially classrooms to accommodate those who repeated became a challenge.

Tabling the motion, MP  for Mogoditshane  Sedirwa  Kgoroba    said the  current education  system where students are allowed to  proceed to higher grades when they have failed lower grades,  eroded   the  quality of  education.
He said with the 10 year basic education promotion system, which allows for more students to go through the basic years of education,  students no longer see the need to strive to obtain  better grades as they know that they will still be promoted to the next grade. Such he said does not only affect  and discourage  top performing students but also affects the quality of work that the students  give. “ Failure in schools today is encouraged by lack of competition between students. To have excellence and progress as a nation, we need competition. But how will we have  excellence when the students do not see the urge  to work hard in competition with others. Government should bring back the system that was used back in the days where students were made to repeat if they  had failed,” Kgoroba explained.

It is evident from   the  few of the discussed points above that  lack of facilities and an environment not conducive for  both learning and teaching are the biggest challenges in the system. It was again during parliament that   former minister of Education Pelonomi Venson-Moitoi suggested that in trying to amend the fundamental aspects of the education system which  have been overlooked , it was important that  some projects be forgone from the budget in order to increase facilities like classrooms.

The dynamics of UB graduate employability–Audit 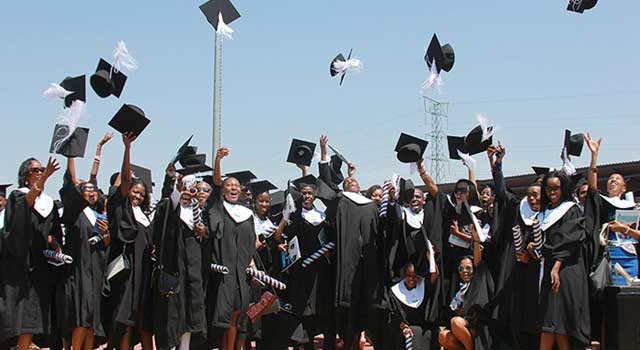