Chairmen and officials of Premier League sides have come out to blame the new Botswana Premier League Board for stirring unrest which has recently clouded the League organizer’s offices.

The local league has been under an intense microscope for the past couple of weeks, this comes after the latest sagas to rock the BPL headquarters in which three of the top placed officials have been forced to renounce their positions, before some considered u-turns.

Despite the Botswana Football Association (BFA)’s immediate intervention proving very handy in driving the sinking ship to safety, some chairmen and officials of clubs undertaking in the elite league appear to have lost trust in the new committee, headed by Notwane Football Club chairman, Arnold Somolekae.
This also seemed the case at the BPL Annual General Meeting which was staged over the weekend, where various men in charge of clubs and officials ran riot over the board of the league. Most of them rued attending the weighty occasion as they believed that it was nothing but a “waste of time” as non of the important matters were ever brought to their sights.

Speaking to some of the chairmen in attendance, after the gathering, their dejections on the board of the heading the league were crystal clear from a distance.
“Komiti ya ga Somolekae le Mojaki ke matshamekwane hela, ebile bare tsaya motlhofo.” Which translates to; “The committee of Somolekae and Mojaki (ex vice chairman) is nothing but joke, and they take us for granted,” said one chairmen as the attendees left the Grand Palm conference hall.

Another official of one mid table club, who preferred the honors of anonymity and of his club, also took time to share his displeasures. “The honest thing that these guys (BPL board) should do, is to just accept that they have failed us and take the responsibility. For example, both the chair and vice chair decided to quit. What does that have to say about them?” he said.

The chairman of Notwane FC did not explain much as to what resulted in him giving up on the seat many entrusted him with late last year, only citing that he had lost interest in being the head of the board.

More drama had to follow after a tea break when chairman (Somolekae) announced that his vice, Monnakgotla Mojaki had also tendered in his resignation for unstated reasons.
News reaching Gazette Sport allege that the mass exodus of the BPL top officials could be a result of the BFA now keeping a keen eye on Premier League. The Botswana Football Association’s National Executive Committee (NEC) were forced to overrule the decision of the BPL  board  on docking 29 points from Sankoyo Bush Bucks for using the services of now declared defaulter Morris Ruzivo.

Sebego revealed in last week Friday’s press briefing that the NEC had handed over the matters of investigating as to what could have led to the entire Sankoyo saga to the Disciplinary Committee (DC). Some assumed that the news did not rub well on the faces of the league officials hence their resignations.
With the proceedings at the AGM having to continue, Somolekae and Mojaki’s resignation meant that the meeting would not proceed without a director, this resulted in the house calling for Somolekae to withdraw his resignation for the sake of getting back on with the business while some calling for re-elections. Somolekae then decided to withdraw his resignation.

It was agreed earlier that the next meeting would be staged in a fortnight, in which the treasurer of the league was requested to submit a finance report that which was not issued as he explained the books were still undergoing the audit processes.

Another club official also explained that clubs were also very much to be blamed for the troubles of the current committee.
“We ourselves are to be blamed; it is not like we are lacking people who can run our league. There are a lot of people within our clubs, who can do this job of leading the league,” ended the agitated official.

The church and the state: ‘Men of God’ intervene in Masisi, Khama dispute 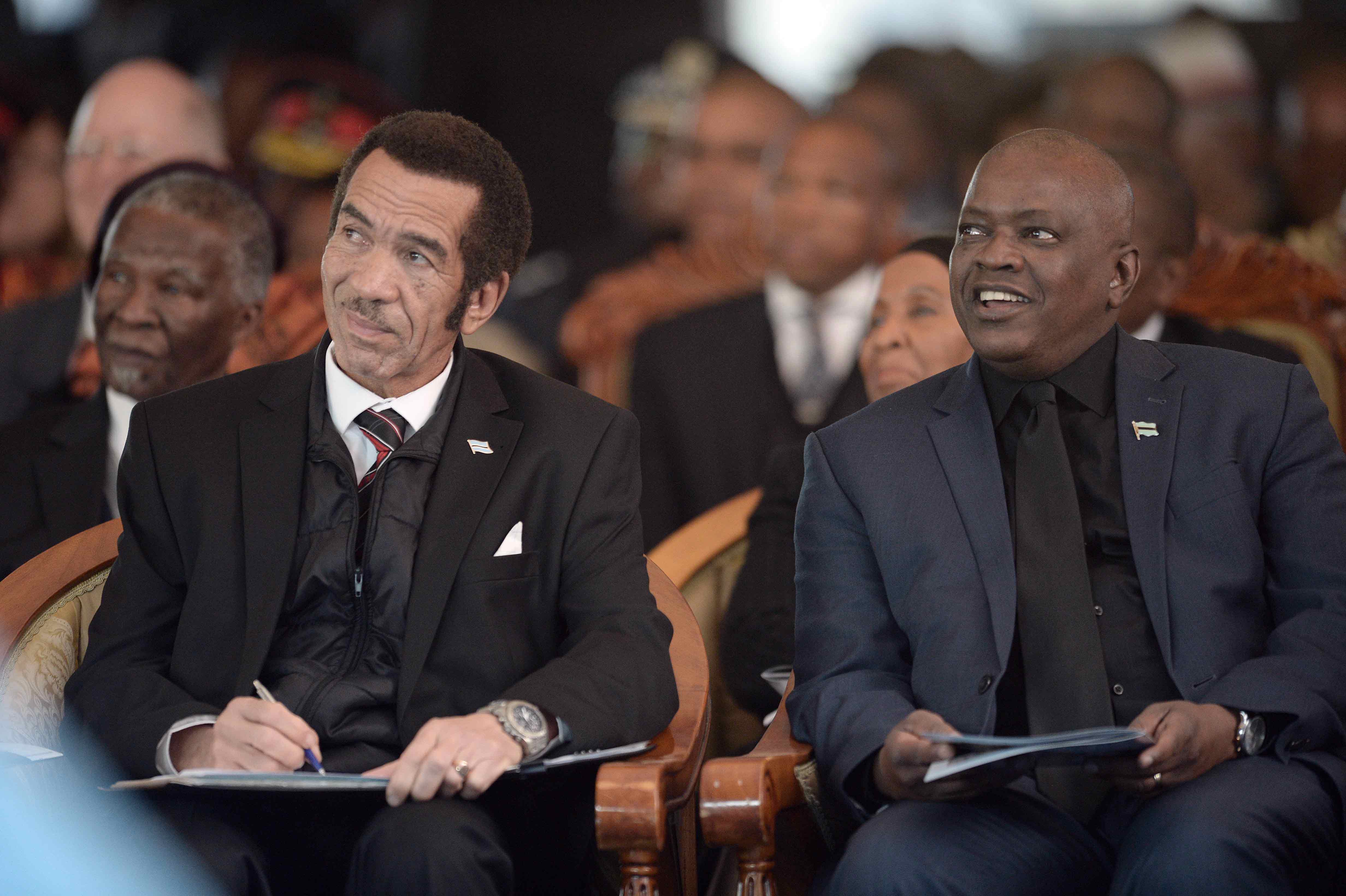