The Local Enterprise Authority (LEA) last week signed a Memorandum of Understanding with Milk Afric (PTY) Ltd in a bid to improve the growth of the dairy industry in the country, which has proven to be more challenging as compared to other sub sectors (horticulture, piggery and leather) in the agricultural sector.  The collaboration between the two sought to initiate a national diary pilot to empower local dairy entrepreneurs around Lobatse area to venture into dairy businesses. The project will be targeted towards 20 dairy farmers and later about 20 to 30 potential young farmers would be sent to the United States of America (USA) to undergo dairy farming training.

“Although Dairy has been identified as an area with immense potential, Batswana have failed to take up these opportunities for a number of reasons.  These include the lack of skills and knowledge of dairy farming, and the start-up expense of the business amongst other factors. Our mandate at LEA is to assist the entrepreneur to start and grow businesses in pursuit of economic diversification. To this end, we would like to see a flourishing dairy industry, which we are confident is possible through such partnership,” said the CEO of LEA, Tebogo Matome.

Botswana is currently importing raw fresh liquid milk and dairy products, and the prices of milk are escalating as the demand for milk and milk products grows due to the high rate of urbanization in the country.
“Some of the main problems include feed shortage, dairy breeds, poor management, lack of infrastructure and few dairy entrepreneurs. The problem is compounded by lack of organized support services such as technical experts, veterinarians specializing in dairy production and business development service providers,” Matome added.

Through LEA’s research division on the value dairy chain, the research has identified numerous business opportunities, which are linked to the dairy sub-sector.

“This project is anticipated to assist the country in reducing this bill and to ensure that Botswana becomes self-sufficient in this area. A report from the Ministry of Agriculture in 2012 revealed that Botswana consumes 61 million litres of milk per year and was able to produce an estimate of 3.1 million litres of milk per year; this is a decline from about 8 million liters per year reported in 2010. It is hoped that through this MOU knowledge transfer and technical expertise for the targeted farmers will help to change this bleak picture,” Matome said.

For his part, the deputy CEO of LEA, Cosmas Moapare also added that there has been a severe lack of skills and technical knowledge about the dairy industry and that  they are confident that through the signed MOU, a new era has dawned as they promoted, empowered and equipped focus driven entrepreneurs who are eager to adopt technologies and expertise in starting viable dairy production enterprises. 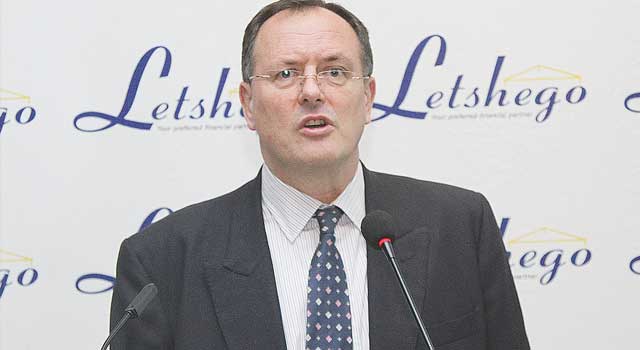