An explosive paper trail suggests that Citizen Entrepreneurial Development Agency (CEDA) and its CEO Thabo Thamane flouted procedures which favoured controversial Estate Construction (PTY) Ltd in securing a multimillion Pula lease for the Agency’s headquarters. The Directorate of Corruption and Economic Crime (DCEC) is alleged to have opened investigations on CEDA, and its associated beneficiaries following a series of tip offs about the Agency’s alleged mismanagement of funds.

At the centre of the revelations is the P47 million lease deals which was given to Estate Construction in what documents allege amounted to a flouting of procurement processes. The allegations claim that CEDA may have extended favours to one of its CEO’s associates even before the building was completed. Estate Construction is owned by Kegone Sebina who is alleged to be a close friend of Thamane.

With Thamane at helm, CEDA decided to enlarge its office space to accommodate what was claimed to be a “material increase in its staff of 165 to 178” an increase of 13 personnel.The staff increases demanded by CEDA management is alleged to be the justification for the more spacious office. Alternative office spaces were considered in Zambezi Towers, , Mogobe Plaza Smart Partnership Enterprises and Estate Construction with the latter being the final pick.

Thamane and the CEDA management took a resolution to award the tender for an entire office building as opposed to office space. Information gathered by The Botswana Gazette shows internal processes were not followed for procurement by disregarding CEDA’s Tender Regulations and Guidelines clause 5.7.2.1. The clause stipulates that costs that exceed P300, 000 are required to go to open public tender, however CEDA management sent proposals directly to Estate Construction and other companies to make submissions for the tender. Estate Construction won the tender albeit controversially as suggested by information passed to this publication.

It is revealed that for CEDA to acquire the plush office building at the centre of the Central Business District the agency had entered into a pre-lease agreement with Estate Construction (Pty) Ltd in respect of Plot No. 54350 for a 5-year lease period commencing on 1st September 2017 until 31st August 2022.

According to information passed to The Botswana Gazette, the monthly rent for the first year of the lease was set at P647 360.00 VAT inclusive and would escalate at 10 percent per annum. By 31 August 2022 when the lease agreement concludes CEDA would have paid Estate Construction a whopping P47 426 370.43 VAT Inclusive in rentals alone.

Information passed on to The Botswana Gazette further suggests that Estate Construction management had indicated that on receipt of the pre-lease agreement to occupy the space, they will be available to negotiate the annual escalation rate and conversion of the pent house in the seventh floor to office space. Estate Construction undertook to negotiate the partitioning of the offices as per CEDA’s requirements and to increase the number of parking bays allocated to CEDA.

CEDA Management Investment Committee (MIC) further aided Sebina with a loan of P10 million which was allegedly advanced to Estate Construction (Pty) Ltd in May/June of 2017, information gathered by this publication has revealed. Documents reveal that the loan was intended to complete the building CEDA occupies from Estate Construction.

In response to questions by the Botswana Gazette, CEDA through their communications team stated that they decided to move from its old premises due to the building not being able to accommodate all CEDA Staff. “The building could not hold the capacity of the ever-growing staff complement along with operational growth,” reads a response from CEDA. They further stated that there was an Expression of Interest floated to seven Real Estate Agents to offer office space to CEDA in Gaborone.

Also reached for a comment, Estate Construction owner Sebina distanced himself from the allegations stating that he has no personal relationship with CEO Thamane. “I don’t know Thamane, how do I know him. Go and write what you want to write, I think I’m not going be able to help you,” he said.

Sebina through his company Estate Construction have of recent times been going through turbulences, the latest was when he was raided by Directorate of Intelligence Services, Botswana Police and Botswana Unified Revenue Service amid allegations that the company is among the most engaged construction contractors in one of the more lucrative sectors of government beneficiation. 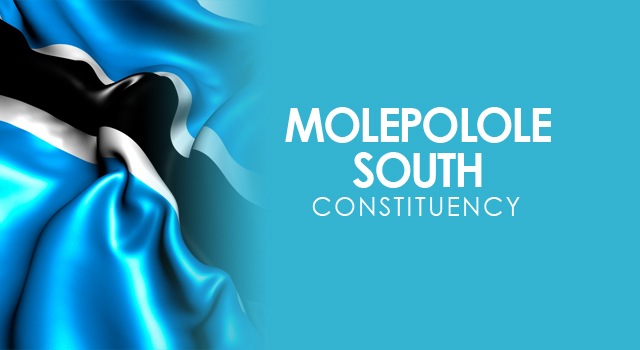