After an extensive consultation between the diamonds mining giants Debswana and the Botswana Mine Workers Union on the introduction of Scannex Full Body search x-ray machines to curb diamond theft at the mines, the company has decided to implement the machines disregarding protests from the Union.
Unionists feel it is a health hazard while Debswana insist on it for its reliability as a security measure. The Union had previously demonstrated that current diamond security systems are adequate and as such the machine was unnecessary as it will expose its members to ionizing radiation.
Debswana on the other hand rallied that on top of promoting dignity to employees as it eliminates body searches, the machine will improve diamond security. Debswana said they valued technology as the machines have been used elsewhere for over 20 years and no health hazard was detected.
Addressing the media on a tour to Orapa mine last week, Eunice Mpoloka who is Senior Project Manager said Debswana has extensively addressed all concerns raised, both at Joint Negotiating and Consultative Committee (JNCC) and Reference Group meetings held at Department of Environmental Affairs offices.
“ The task team presented their findings to JNCC and unanimously recommended use of Scannex. Introduction of Scannex is a consultative matter and Company is entitled to make decision after consulting the Union for the protection of Debswana diamonds. After extensive consultations with BMWU, Management informed Union that they’re going ahead with the installation of Scannex,” she said.
Mpoloka revealed that they are waiting for approval from the Department of Environmental Affairs (DEA) and anticipate to close the project by 2016.
Additionally, “Conditional approval was received from Radiation Protection Board in June 2012, whilst the Environmental Impact Assessment (EIA) report submitted in August 2013. DEA constituted a Reference Group (Public Health, Radiation Protection Inspectorate, BMWU, Dept. of Mines, UB Dept. of Physics), BMWU brought in their technical experts.  All technical members approved implementation of Scannex and submitted project supporting letters to DEA, except BMWU. However, Debswana is not progressing the project until approval is received from the DEA.”
BMWU Jack Tlhagale President told Gazette Business that they were not aware of the developments. “We do not think the government will be as irresponsible as to allow them to expose the employees to ionising radiation, something which is health hazard. That will be an indication that they do not care about their people. Nonetheless, they do not even have a license from the Radiation Inspectorate yet. We are yet to write to Debswana to request a meeting so they clarify,” he said.
Whilst on a visit to Debswana/DeBeers groups’ Venetia Mine in Limpopo South Africa, Dr Johan Boylan, Principal Security Operations at De Beers group, revealed that despite the control measures currently in place, there is still a need for full body x-ray searching.
“There are still opportunities for theft, mainly due to operational failures providing access to diamondiferous material and collusion between security employees and operational personnel. Also due to the possible failures of the Diamond Control Policies and Procedures in place;Closed Circuit Television (CCTV) for monitoring;Controlled access into all areas;Hands-off and automated processing of ore, there is a necessity for body searching,” he added.
He indicated that the need for Scannex was identified in the early 1990’s hence its development.  Although there have been a few cases of diamond theft detected by the machine, Boylan could however, at the time of briefing not provide complete statistics of a clear impact before and after the introduction of the machine. 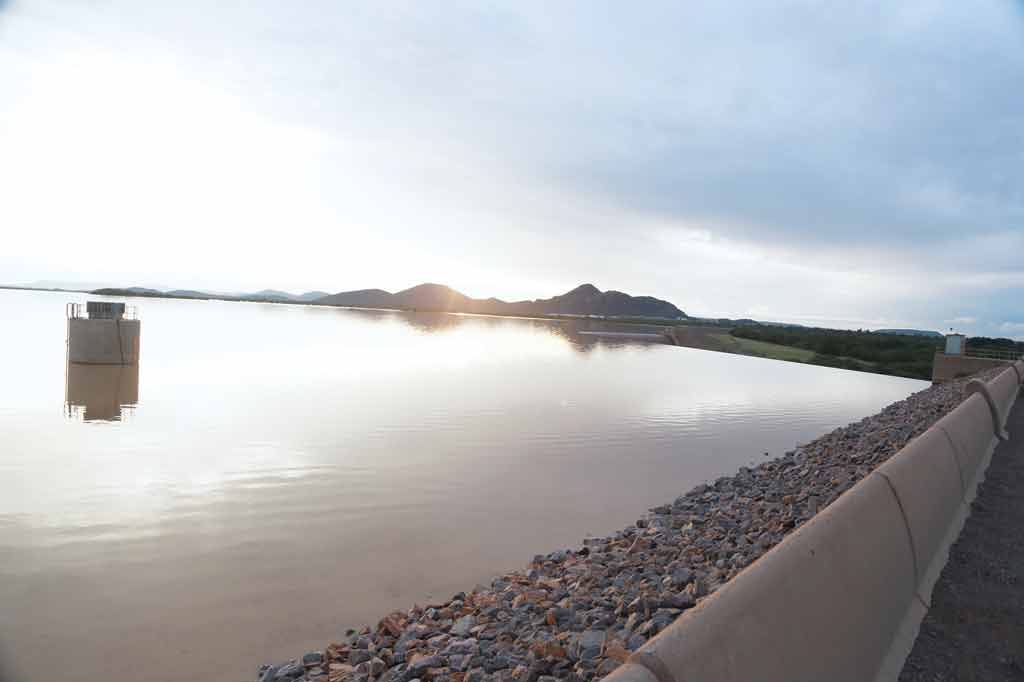