Long regarded as very close allies, relations between the United States of American Embassy in Botswana are allegedly tense. A litany of flash points between the two long-time friends are said to be behind the tension.

So great are the alleged tensions that they are said to be behind the early return of Ambassador Michelle Gavin to the United States of America before her time was up so as to try and rebuild relationships. The tensions which allegedly go as far back as the WikiLeaks saga that exposed some within the American Embassy’s  views on Botswana. As recent as last year an internal memo on the safety of water by the US government leaked to Media. The report showed that water in some parts of Gaborone was not safe to drink and the internal memo was effectively advising American citizens to take precautions when it comes to potable water.

The Government of Botswana through the Minister of Minerals, Energy and Water Resources, Kitso Mokaila then engaged in a war of words with The US embassy over the report but the US embassy would not be moved from its position. Later that year in October, it is alleged that the Minister of Defence, Justice and Security, Ramadeluka Seretse was on the receiving end of a tongue lashing from high ranking US officials on the bad state of the International Law Enforcement Agency(ILEA) in Otse. The state of disrepair reportedly led to cancellations of at least 5 courses as the place was deemed unsafe for classes. “Maintenance issues continued to be a major concern for the ILEA Gaborone contributing to 5 consecutive course cancellations starting October 2013 and into early 2014 with two courses being rescheduled in Ghana at the regional training centre,” reads a report published in September 2013. Investigations in to the safety of ILEA was allegedly done by a unit that is attached to US Marines at Thebephatshwa.

A source at the US Embassy in Gaborone said a series of acrimonious communication between high ranking Botswana government officials followed which worsened the already tense relationship. It is further alleged that President Khama was well aware of the tension and was unhappy with the Americans.

It is understood that the refusal by the ruling Botswana Democratic Party to participate in the GabzFM general election debates has not gone down well with the Americans who are part sponsors of the event.

The recent refusal by the Botswana government to release statistics on the number of suspicious transactions reports by local banks in 2013 is also viewed in dim light by the US. Reports in local media have exposed curious transaction allegedly in connection with the Directorate of Intelligence and Security services (DIS).

The US Embassy in Botswana would neither confirm nor deny the existence of tensions. “The US-Botswana partnership is rooted in Shared interests priorities and values which allow our governments and societies to work together cooperatively. We do not always agree on every issue, but when we differ we never allow this to shift our focus from the greater good that the U.S- Botswana partnership has meant for our two countries and the wonderful people of Botswana” read their response to a Botswana Gazette inquiry.

Attempts to get a response from the Ministry of Foreign Affairs and International Cooperation were futile as their phones rang unanswered. Minister Seretse referred inquiries to the permanent secretary who said she was unable to assist. 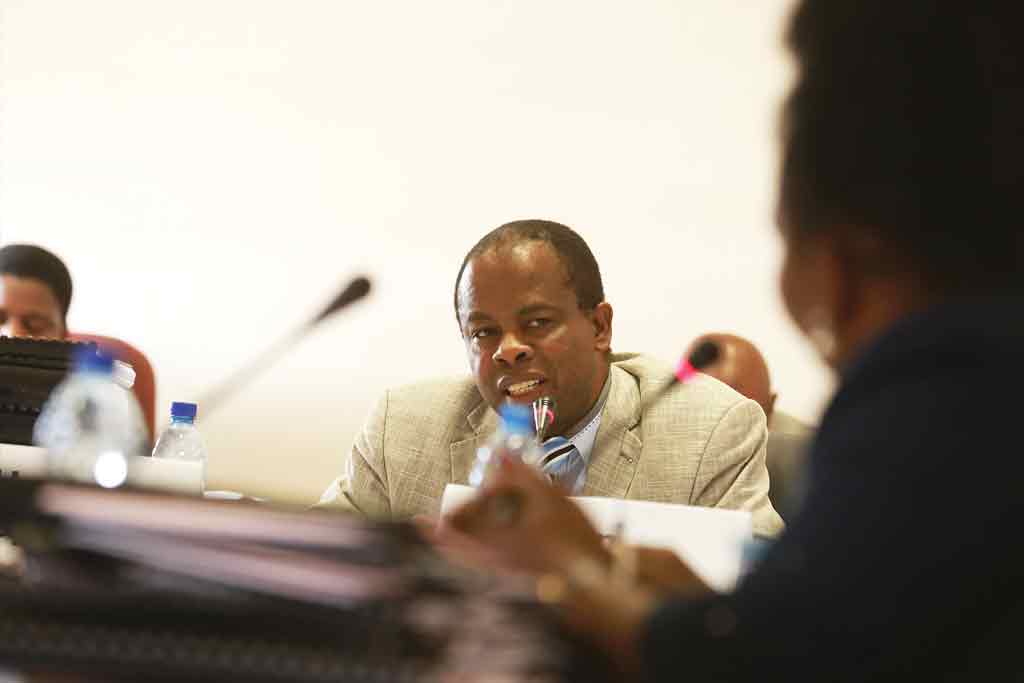