The Director General of the Directorate of Corruption and Economic Crimes (DCEC) Rose Seretse may have told the truth to the public on Monday when interviewed live on radio on issues relating to her organization’s operations and independence.

In a live interview with Gabz FM, Seretse denied writing a savingram to the Directorate of Intelligence and Security Services (DISS) Director General Isaac Kgosi complaining about her staff being spied on, intimidated and threatened by Kgosi’s agents. She publicly mentioned her doubts on the authenticity of the savingram.

Investigations by The Botswana Gazette can reveal that the “Founding Affidavit” filed by Seretse in court against the Sunday Standard in 2014 bears the same signatures as that of the savingram. The Botswana Gazette has taken the two documents for forensic analysis to determine whether they were authored by the same person.

The affidavit is part of a case in which the DCEC sought an urgent application to restrain the Sunday Standard from publishing information from the docket-DOC/IF/2011/01166 relating to the investigation of allegations of corruption on Kgosi.

In an interview with Gabz FM’s Reginald Richardson, Seretse denied writing or publishing a savingram addressed to Kgosi, titled “Current Investigations Relating to Yourself and other DISS Officers.”

“This Directorate is attempting to conduct a thorough and objective investigation with a view to resolving the allegations in a proper manner. This cannot happen if my staff are to be subjected to threats, intimidation and ongoing surveillance,” the savingram revealed.
The savingram also reveals how the DISS Director General threatened the DCEC assistant Director, Eugene Wasetso, who was one of the officers investigating allegations of corruption against Kgosi.

In the radio interview Seretse was also quizzed on the independence of the DCEC, she said that she was confident that the DCEC was independent enough to perform its duties without interference from the Office of the President, which she reports to. The DISS also reports directly to President Ian Khama, but while Seretse is the President’s cousin by marriage, Kgosi’s personal and professional relationship with Khama predates their days in the army.

The kid glove handling of the investigations on Kgosi by the DCEC has brought about skepticism about its autonomy. In a resolution by Botswana Editors Forum (BEF) at a meeting held in July 2014, at which DCEC Director General, representatives from the Office of the President such as Dr Jeff Ramsay and the Attorney General’s Chambers Nchunga Nchunga were present, BEF held a view that Seretse’s failure to recommend to the President the interdiction of Kgosi from office pending the investigation was in itself a jeopardy to the DCEC’s probe.

However, despite the BEF’s advise Seretse has not made such a recommendation, despite the threats from Kgosi, which she allegedly documented in the savingram she distanced herself from this week.

In 2013, two senior officers of the DCEC  (names withheld) were suspended pending investigations on allegations of corruption and fraudulent obtaining of plots in Ngamiland.

Seretse maintained her position on the live radio interview that her organization was independent from interference by the Office of the President.
The Public Service Act, Section 35 that states that if a public servant is under investigation, the supervising officer (in this case the President) interdicts them from duty pending the investigation has been defied.

On the face of this documents, it is ironic that Kgosi has never been arrested for obstruction of DCEC officers by the DCEC while The Botswana Gazette lawyer Joao Salbany acting in fulfillment of the client’s directive was arrested and has been charged.  Last week Salbany was informed by the DCEC that he is to be arraigned before court for obstructing DCEC officers in the due execution of their duties. The charge carries a potential five year prison sentence.
Sunday Standard Challenges Section 44 in court

The Botswana Gazette has seen a counter application in which the Sunday Standard Newspaper and its Editor Outsa Mokone through legal representation of Bayford and Associates is taking the DCEC and the Attorney General to court challenging the constitutionality of the DCEC’s Section 44.

This forms a case within a case, where in the original case the Attorney General (acting for DCEC) sought to interdict Sunday Standard from publishing material contained in the Kgosi investigation docket by applying section 44.  In their counter application, Sunday Standard argues that Section 44 contravenes Section 12 of the Constitution of Botswana.

Section 44 of the DCEC act provides that the disclosure or publication of any information or detail relating to an investigation without lawful authority or reasonable excuse is an offense while Section 12 of the Constitution of Botswana relating to Protection of Freedom of Expression.

“..Section 44 of the Act contravenes section 12 of the Constitution of Botswana to the extent that it curtails the public’s freedom to receive ideas and information without interference,” states the application further ordering the court to strike down Section 44 of the DCEC act and Attorney General adopting the legal costs.

Duna to run for BCP Presidency 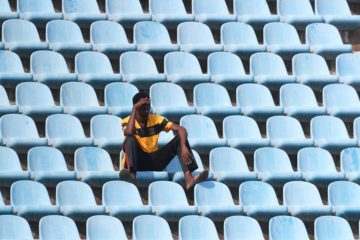