Unperturbed by the huge debts and crippling losses that have beleaguered Discovery Metals Limited (DML), its directors are confident that good times lie ahead. The BSE/ ASX quoted junior miner recorded a consolidated group loss of US$18.9 million for the December 2013 half year, up from the US$14.6 million recorded in the corresponding period in 2012. The reported loss reflects operating revenue and expenses at its flagship Boseto mine from 1 July 2013. The group is also in default of its debt facilities.

However DML directors remain optimistic that the miner’s financial forecasts, together with ongoing attempts at refinancing, raising equity and changing control are enough to ensure that the company will operate as a going concern for the next 12 months.

“The Directors have expectations that progress with the change of control transaction or some form of recapitalization will be successful,” read the DML half year financial report for the year ended 31 December 2013.

Meanwhile, DML is actively searching for investors to inject capital into its flagship 100percent owned Boseto project. The official opening of the Boseto mine in 2012 was a high profile affair attended by President Seretse Khama Ian Khama and Vice President and then Minister for Mines, Energy and Water Resources, Dr Ponatshego Kedikilwe. At the time prospects showed that the project would produce approximately 36,000 tonnes copper and 1.1 million ounces silver per annum in concentrate from 3 million tonnes per year of ore feed to the concentrator. There was enormous optimism about the Boseto project, especially because the Kalahari Copperbelt sediment-hosted mineralization at the mine showed similarities to the well-known and large deposits of the Central African Copperbelt of Zambia and the Democratic Republic of the Congo. Moreover, DML also has prospecting licenses covering 11,872 km2 along the Kalahari Copperbelt.

But things later took a turn for the worst, and by September 2013 a cash strapped DML sought a $108-million recapitalization deal with Singapore-listed investment holding company Blumont Group. The deal consisted of a A$8.75-million share placement and a $100-million convertible bond placement. The proceeds from the transaction would be used to repay the revolving credit facility, as well as the principal of the project finance facility. A portion of the funds would also be used to repay corporate advisory fees while the balance would be used to fund development, exploration and working capital. The restructured project finance facility also came with a two-year moratorium on principal and interest payments. Sadly, conditions precedent were not satisfied by the sunset date and subsequent negotiations with Blumont did not present a satisfactory outcome.

DML continues to seek a change of control or recapitalization transaction and a number of parties are at an advanced stage of completing due diligence on the mining outfit. By December 2013, DML was saddled with two debt facilities, a project finance agreement (PFA), consisting of an amortizing $180m term loan and a US$50m single currency corporate revolving facility (RCF) that matures in April 2014. The PFA and the RCF are in default with outstanding balances of $128.9m and $25m respectively. There had been no principal repayments of either the Term Loan or the RCF over the course of the half year ended 31 December 2013. Interest in respect of the period was also outstanding. DML has recognized the whole outstanding balances as current and lenders have reserved all of their rights.

DML’s future financial status is dependent on change of control and re-capitalization, together with continued operational improvements at Boseto. DML has said that though the PFA and RCF are in default, its financial forecasts, envisaged change of control and recapitalization will usher in a new dawn. Much also depends on ongoing support from the lending syndicate. Therefore the directors have resolved that DML will operate as a going concern for the next 12 months.
However, the reality remains that DML may not be able to operate as a going concern if it fails to repay the loan, achieve profitability at Boseto and obtain additional working capital. That explains why the company has been working closely with lenders to seek relief and relevant modifications to current facility agreements. In 17 February and announcement was made that lenders have extended the waiver of the outstanding December 2013 PFA repayment to 31 March 2014. Another announcement was made in 28 February that lenders have extended the waiver of all interest owing up until 28 February on the PFA facility and the RCF until 15 March 2014.

The effects of DML’s woes have been felt closer locally when in January DML announced an imminent restructuring process that would result in 15percent or 85 of its 516 employees at Boseto mine being laid off. Shareholders were told that the restructuring exercise would improve cost competitiveness and enhance production efficiencies. It remains to be seen whether the junior miner, once a beacon of hope for Botswana’s mining industry, will sink or swim. If a change of control transaction is not successful, DML will need to rely on the support of its lenders to profile the existing debt and provide working capital resources. Should the lenders not agree to this the company will be unable to continue as a going concern. 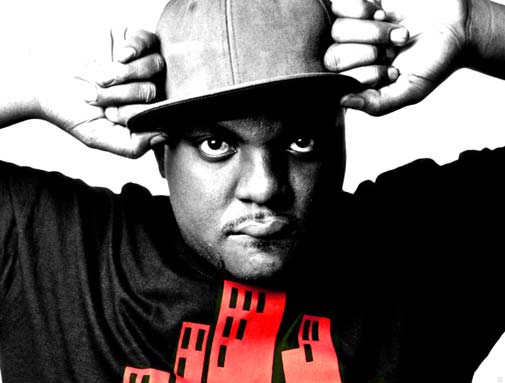