Dolphins and Troopers will once again lock horns in the finals of the national basketball championships after overcoming their opponents in the semi-final series over the weekend. Dolphins won their series 2-0 after beating Flames on 72-41 on Friday and 71-47 on Saturday.

The 37 and 24 points margins clearly shows that Dolphins completely dominated the series and earned themselves praise from coach Trynos Moyo.
“We were a more focused and determined team. We played well and refused to allow them to attack. This time around we did not play our usual speedy game, we were more relaxed,” said Moyo in an interview after the game.

However the most entertaining game in the semi-final series was the Gaborone derby between rivals Troopers and Spartans. Troopers were looking to defend their unbeaten run but were stopped by a resolute Spartans in a no holds barred semi final clash. On Friday, Troopers cemented their authority over Spartans with a 74-62 hiding. But the Spartans hit back the next day and gave Troopers their first defeat of the season with a 61-57 thrashing. However, Troopers were able to claim the title of king of the city through an aggregate score of 83-65 and a superior margin of 22 points. The series ended with a 2-1 win in favor of Troopers.

Once again Troopers will clash with Dolphins in a David-vs-Goliath encounter in the championship finals. Troopers have always dominated local basketball and they will find themselves battling to subdue new-kid-on-the-block Dolphins.

Troopers will be looking to defend their championship trophy and also cement their authority over an increasingly menacing Dolphin side.
On the other hand, Dolphins are a young and ambitious side that is determined to end Troopers reign. They will also be looking to draw blood and avenge their disappointing loss to Troopers in a championship decider few weeks ago.

But it will take more than luck for Dolphins to overcome the experienced, disciplined and evergreen Troopers in the three series game over the weekend. Forward Kesa Ikalanga, shooting guard Churchill Burrows and guard Anthony Akpata will not let dolphins players have their way. Players like shooter Mixion Tshepo, Thabo Gaborone, Patrick Mokgethi and the hardworking guard and captain Thuto Shai can also not be overlooked.

Dolphins coach Moyo will need more depth, energy and fitness levels as his team will be playing three games over the weekend without enough rest. However with the depth in his squad, Moyo will not run out of options.

Of the two coaches, William Nyangu is more dominant, but he will not take any chances when he meets Dolphins as he won the title decider with a whisker.
“You can expect the commitment and effort that has won us so many championship games. We are well prepared and our final preparations will be on Tuesday and Thursday,” said Nyangu.
Nyangu will rely on point guard Thebe Morewakgole, shooting guard Duma Setlhare and Eugene Ndaba to lead his charge. Skillful forward Emmanuel Ramoshebi together with veterans Mothusi Thipe and Ratanang Tsayang will be on Nyangu’s mind as he mixes youth and experience.
Troopers beat Dolphins 56-51 and 64-58 in the championships last year. 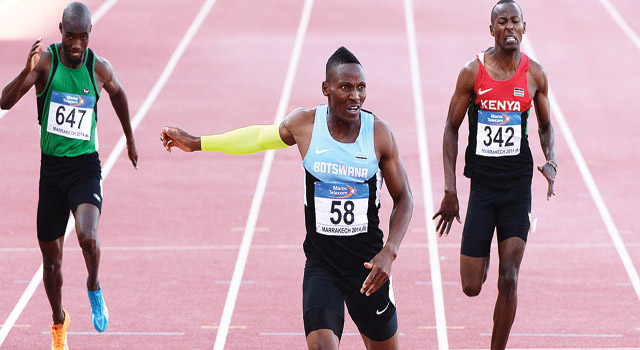