Township Rollers has received double protests from their beMobile Premier League rivals this past week. BMC and Mochudi Centre Chiefs have submitted complaints to the Botswana Premier League (BPL) complaining about Rollers’ decision to field Motsholetsi Sikele and Kenanao Kgetholetsile.
A source has indicated that BMC have challenged the legitimacy of Rollers’ signing of Sikele and Kgetholetsile during the transfer window. The Ghodrati owned club feels that Rollers took advantage of the club’s instability during their standoff against the Sonny Phiri led faction.

Gazette Sport is reliably informed that the duo are worth a combined transfer fee of P100 000 which is yet to be paid to BMC’s account. The reported lack of payment has prompted BMC to file a case against Rollers according to the source.
BPL Chief Executive Officer Bennet Mamelodi confirmed that they have received a formal complaint from BMC. “We have received a written protest from BMC. They are challenging Rollers’ use of two players whom they feel were not properly registered. The league’s Disciplinary Committee will handle this matter. We have notified Rollers about the letter and they are yet to respond. Once they respond to the letter, then the case will be forwarded to the DC,” explained Mamelodi.
Chiefs’ letter indicates that the Kgatleng giants are irked by Rollers’ use of players they perceive as defaulters. Magosi have reportedly been tipped that Popa did not follow the right channels when registering the duo.

The players featured in the Mascom Top 8 quarter final legs against the league champions where Kgetholetsile made the most significant contribution by winning a late penalty which eventually knocked Chiefs out of the competition after Jerome Louis converted it.
Numerous people associated with Chiefs argued that Kgetholetsile won a dubious penalty that had an effect on the outcome of the match. They stated that the player’s decision to walk away from the heated debate that ensued after Joshua Bondo awarded the penalty proved that he knew the penalty was wrongly awarded.

Chiefs’ Public Relations Officer, Clifford Mogomotsi, acknowledged that they have submitted a protest but declined to comment further on the issue. Meanwhile, a Rollers representative who preferred anonymity questioned both club’s protests.
“We have received the protests from both clubs. If we had doubts about the registration of our players then we would not have fielded them. Why such protests were not lodged earlier in the season remains a mystery; they could have reported to the Players’ Status Committee. We would ever field unregistered players? Rollers is a club of great integrity and we would never jeopardize that by doing so. Why didn’t Chiefs protest during our league fixture a month ago?” replied the Popa affiliate.

Last season Magosi were found guilty of fielding a defaulter (David Makakaba) during their game against Gaborone United. GU had protested that Chiefs had not followed the correct procedure when registering Makakaba, who was signed from Police XI in the 2012/13 season.

They were deducted three points after being found guilty and as a result, GU was awarded a 3-0 victory. It remains to be seen if Rollers will suffer the same fate if found guilty. As it stands, their Mascom Top 8 place could be in jeopardy and Chiefs have a glimmer of hope of being reinstated into the competition at the expense of their rivals. 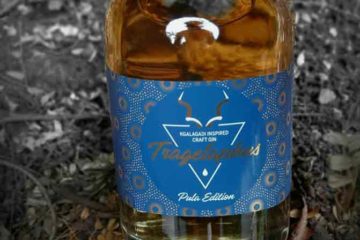