For Andreattah Manka Chuma fans, a rare occasion to see their favourite poet perform is always a welcome affair. For the the past two years Botswana’s favourite poetess,  popularly  known as Drea, has been  living in Brussels, Belgium and a chance meeting  at the Botswana Sweden poetry exchange that took place at Westwood auditorium in Gaborone was great opportunity to catch up with Botswana’s most celebrated young poet.

In 2006 Drea was nominated as the slam champion in Nottingham and Cambridge after having been invited together with Johannesburg based poet Kojo Baffoe to represent Africa in the 13 cities UK slam Tour organized by Hammer & Tongue (Oxford, UK). In June 2009 she returned to the UK and in 2010 she was part of a memorable line up at Glastonbury Festival.  In the same year she shared her words at Ordsprak-International poetry Festival at Regina Theatre (Uppsala) and Stockholm City Theatre, Sweden.
She has since taken her words from Berlin to the incredible stages of Harare. Drea also won the African Artist Award in 2013 at the Afrika Film Festival hosted in Leuven, Belgium. Her album, ‘1981 Was a Good Year’ was released in 2010 made her the first Motswana to commercially release poetry on audio. She is currently working on a book of poems and music.
Drea, a Systems Auditor by profession, describes her life as the juggling of  tangible and intangible worlds. As for her poetry, she explains that it comes from the  expressions of her thoughts which  she keeps in a journal. “I keep it because I found it cathartic so I started to share from it when I fell in love with the spoken word movement,” she said.
She explained that her poems are inspired by anything. “I haven’t written a protest poem in a while. I am overwhelmed by the chaos in this world and I find myself gravitating towards the love theme for sanity,” she added.

Drea revealed that her biggest challenge as a poet residing away from her homeland is the language barrier. “Most sessions are in French or Dutch and I knew that when I came to Brussels. However, it is a major blessing that the English poetry gigs seem to always locate me and I am now  planning to host my own English poetry night in Brussels next year,” she said.
Commenting on the state  of Poetry in Botswana, the 32-year-old poet said, “I know there are poetry sessions taking place in the country and the fire must keep burning. I would like to encourage young poets to read more because you cannot rely on yourself as the only source no matter how gifted you are. In terms of structures, I think we are not there yet. I would like to see collaborations between educators and poets like it happens in Europe, US and other countries. That is how people recognize the value of poets. Support of individual poets work is also what most Arts Councils do.”

Though she has an interest to help local poets, she said the long distance is a challenge but she  planning on  a coaching session when she visits again. “Currently I am focused on my own project , TheLoveNotesEP but doing it from Brussels,” she said.

Drea is back in Brussels and is in the lineup of the Brussels Twestival, a global movement of using tweets to raise awareness and donations for social causes. The theme is storytelling and the proceeds go to female reporters who are finding  it difficult to work in Cairo due to the unrest. 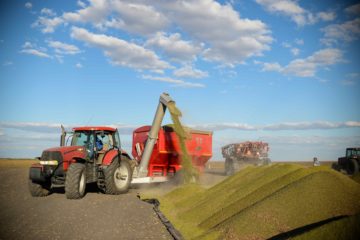