Drink gaborone tap water at your own risk – experts

The Botswana Gazette has turned up evidence which shows that household tap water in Botswana has signs of contamination, with potentially harmful bacteria, viruses, and toxic carcinogens.
Documented evidence from water purification factories which this publication visited in Gaborone recently revealed that their filters from time to time catch a rusty brown substance which is tossed out with the purifier, evidence that potentially ‘harmful substances’ exist in tap water.
Attempts to get clarification on how safe Botswana water is to drink has prompted a very curious response from Botswana Bureau of Standards (BOBS) who said that revealing such information to a third party was not allowed as it was “confidential”.   “For reasons of confidentiality, BOBS cannot disclose issues of compliance of regulated products to a third party. This information can be obtained from the relevant authority, in this case the Water Utilities Corporation,” they said.
Some sources within the water purification industry who this publication engaged have however affirmed that it is not unusual for tap water to turn up impure.
“The Total Dissolved Solids (TDS) for tap water in Gaborone ranges from 200 to 500 while a household purifier can give you a range of 0 to 30TDS, not removing all the minerals that the body wants but removing chlorine, viruses and bacteria,” a source said, meaning that tap water has more impurities that filtered water.
Some experts who these claims were put to commented anonymously, fearing reprisal. “Chlorine which is one of the chemicals listed to kill bacteria and viruses in the water has an association with cancer causing properties. Majority of tap water does not get filtered from the source (Water Utilities) either,” one of them said.
Government has previously criticized as alarmist allegations that water in Gaborone was contaminated. In 2013, the then Minister of Minerals, Energy and Water Resources, Kitso Mokaila  said these reports created negative perceptions about the credibility of the water supply in Botswana. He argued that quality monitoring programme was done within the framework of mandatory requirements of the Botswana Standards for Drinking Quality Water Specifications (BOS 32:2009), which required that potable water should meet the minimum standards of class one.
However, BOBS recently announced that the above specification for drinking water was “no longer a compulsory requirement.” In fact, BOBS Public Relations Officer Kagisano Makonyela stated that the BOS 32:2009 Drinking water-Specification has now been changed from compulsory to voluntary hence the notification on the Government Gazette of October 14th, 2016. While it is not clear what this means, it seems to suggest that drinking water specifications are not binding, making room for further doubts to be raised the regulation of its quality.
In 2014 the US Embassy in Gaborone caused a diplomatic row when it revealed, in an internal memo leaked to the press, that its own experts had discovered that the tap water in the city was “unhealthy for human consumption.”
This revelation prompted a dramatic response from Mokaila who said the Americans were trying to cast doubt on Botswana government’s ability to provide safe water to citizens. The embassy however did not budge on their position and findings.
Managing Director at Multi Water Multi Waste, Andrew Davies says while water in Gaborone is treated with chlorine, it is safe to drink. He however said when used in large quantities, chlorine could be harmful to human beings.  “It can be absorbed by the skin so even if you are not drinking it, it can still be absorbed by the body when bathing with it,” he explained.
He also noted that, “If you use water that is highly exposed to chlorine it can cause cancer among other problems. The amount put in the water here is not that much but if you have young children or infants it’s obviously better not to get them exposed to that.”
He said it was also advisable to take chlorine out of the household tap water through extra methods of water purification.
Concerns over the safety of drinking water in Botswana resurfaced in social media recently, with some people reporting “an odd smell” while said their tap water was “brown in colour”, raising fears that domestic water maybe polluted. Government is however still steadfast in its position that the water is safe to drink.
BOBS says the regulation of drinking water quality in Botswana now lies with the Ministry of Health, Food Control Unit.

Drink gaborone tap water at your own risk – experts 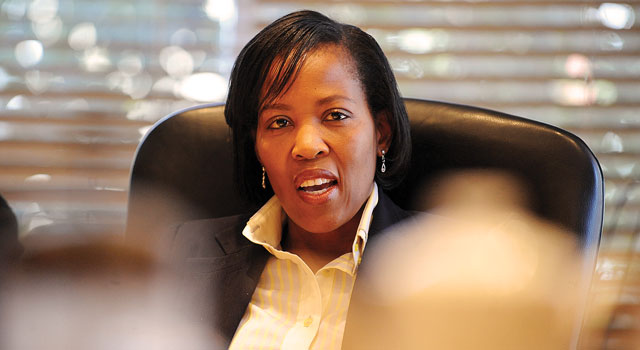