From a financial point of view, a company should know its cost of capital and be able to demonstrate that it only invests in areas where it can beat that bench mark-and will disinvest from those where it is unable to do so. It should have an efficient balance sheet, which does not hoard cash. It should choose an effective executive team and remunerate it in a way which motivates them, at reasonable cost, to manage the company well. It should be able to demonstrate a competitive advantage in all the areas in which it trades and show why it is the best owner of the businesses within its portfolio. It should have a governance structure that demonstrates independence, expertise, diversity and drive and properly manage its affairs with its stakeholders and treat them fairly. It should communicate these to its shareholders, consistently measuring and monitoring its progress, financially and strategically.

All of these may seem obvious but next time you see a company which is in an activist’s sights it will usually be because one or more of these rules has been ignored. Yet here is the perplexing thing: often when you talk to management of the company, they will insist, not only that they are managing according to these tenets, but that shareholders have been supporting their strategy. So why is this? One reason is that we are poor judges of our own performance. As Robert Burns said: ‘Would the Lord, the gift to give us, to see ourselves as others see us’. Boards would be well advised, every now and again, to check that when an external analyst takes an activist’s perspective they do not see gaps in the way that a company manages itself.

Even if a company has not been well managed it may still be receiving positive messages from its shareholders because often, shareholders have limited interest in the company’s performance. Indeed for an index tracked portfolio they need not  take any interest in the company’s performance at all, they need simply to hold its shares in proportion to its relative index capitalisation. An active fund manager will see their skill as being in the buying and selling of shares, not in better management of the company. They are unlikely to take an activist stance if that would risk their falling out on news flow. Yet most often activists will be talking to other shareholders, indeed they are sometimes commissioned by them, and are unlikely to be making a stand unless they believe there is a groundswell of support from others. So what can a company do to better understand its shareholders’ behaviour? Read the next edition of ‘The Board Room’ in two weeks!! 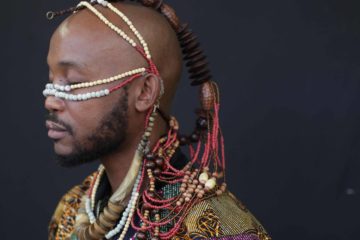