In response to the complaints arising from the business community with regards to the Environmental Impact Assessment approvals which seem to have a delay, the Ministry of Environment Wildlife and Tourism together with the World Bank Organisation are working on streamlining the EIA as a longterm strategy.

The Gazette Business is informed the streamlining is such that Strategic EIA which entails consideration of impact assessment over a wide range of area for developments in one area are undertaken, as opposed to doing EIA for individual development in the same area.

“Another initiative is to cluster the developments and address them as such. The initiative also looks into amendments to legislation, revision of list of projects to be subjected to an EIA, review methodology and capacity building for the Competent Authority staff and other Technical Departments,” said Annah Mmolawa, Principal Public Relations Officer in the Ministry of Environment Wildlife and Tourism.

The Ministry has indicated that it had received complaints from some members of the business community to the effect that some EIA process approvals delay. The delaying factors include amongst others; i) insufficient information provided by the developer for the designated authority to make decision; ii) the first come first served approach whereby EIA proposals are attended according to order of submission. This is mainly due to a massive number of submissions against a fairly low number of reviewers. In view of these constraints the Ministry has allowed the  Department of Environmental Affairs staff (DEA) to work extra hours to reduce the backlog.

Some challenges outlined  that cause delays include; shifting the mind-set of developers to make environmental consideration during the conceptual stage of a project or an activity and plan accordingly.

Mmolawa explained that the Ministry has experienced instances or cases where developers fail to properly factor EIA process in the project cycle, adding that “it is advisable to consider EIA process when the project is being conceptualised by the developer so that it is budgeted for and properly planned for. However very little consideration is made in this regard and the developer only engages with DEA at the final stages of project planning. When DEA advices that an Environmental Impact Assessment study is required it is then interpreted as delaying the projects.”

According to Mmolawa, challenges can be addressed with continuous enhancement training of the EIA reviewers, increase on transport for auditors, as well as putting in place some self regulatory mechanism which will be checked on random by the auditing team.

“The EA Act of 2011 provides for the establishment of a professional body of environmental assessment practitioners who are tasked with regulating the EIA practitioners. The appointed Environmental Assessment Practitioners Board and Executive Secretary shall be responsible for the registration and certification of its professional members to weed out fly-by-night consultants,” she said.

Commenting on the matter, BOCCIM’s Director of Advocacy, Dichaba Molobe, said “we have received complaints of projects that have been waiting for more than six months to get an approval due to unnecessary bureaucracy. In 2012 BOCCIM undertook a survey of red tape and bureaucracy caused by government processes. All BOCCIM sectors took part in the high level exercise that involved engagement with all Government departments.  And made recommendations. The government undertook to improve the turnaround time for Project Briefs to 7days,” he shared.

Despite the EA Act of no.10 of 2011 and the regulations which came into effect in 2012, Molobe said BOCCIM is distressed that investors continue to be frustrated by the enormous bureaucratic delays in getting approvals from the Department of Environmental Affairs. These delays then undermine investment, employment and wealth creation.

While BOCCIM appreciates that EIA laws and regulations were established in good faith, they have led to unintended consequences by making doing business in Botswana highly bureaucratic and expensive compared to other economies in the region. “The current practice could if left unchecked render us even less competitive, “he said. 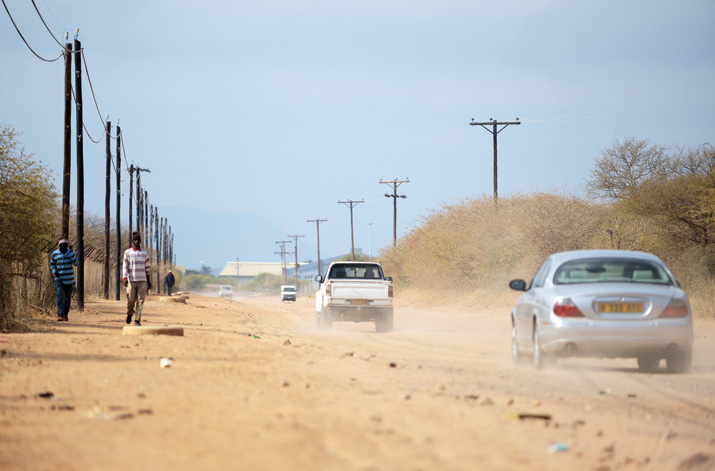