Gaborone United’s technical team and their coach, Rahman Gumbo, are never far from speculation questioning the security of their jobs at the club. Their recent 4-0 thumping at the hands of Nico United has left the club nine points away from league title contention and occupying seventh spot on the log, piling pressure on the technical team.
Despite being termed title contenders, GU have underachieved in the league  for the past six years.
As a result of the club’s shortcomings in the league, numerous coaches have come and gone. Gumbo has publicly been backed by the club to succeed but a continued slump in results could see him struggling to hold on to his post.
Sources have informed this publication that although the club is not in a rush to evaluate Gumbo’s position yet,  the top brass is increasingly frustrated by the club’s inconsistency. The coach met the club’s expectations last season by winning the Mascom Top 8, this season he has been tasked with mounting a serious title challenge but the Gaborone giants are slipping further away from the league’s top performers.
Nico’s incredible 24 hour turnaround
Moyagoleele’s defeat was ironic given the fact that Nico United players had trained for only one day following their training ground revolt. The Nico players refused to train for a week as they protested the club’s alleged failure to pay their wages.
Footballers Union of Botswana (FUB) played a role in helping the players and the club to find common ground. The union was approached by Nico last week Tuesday to help solve the dispute. Nico’s players normally receive their payments on the first week of every new month.
“The players had not trained since their last match prior to the GU game. We intervened on Wednesday. The club explained that the delays were beyond them and the players finally understood the difficulties encountered by their employers. On Wednesday we reached a decision favourable to all, the players had indicated that they would turn up for training once their payments were processed. On Thursday the players’ wages were paid as promised,” said FUB’s Kgosana Masaseng.
Gazette Sport has established that Nico often encounters financial hiccups due to the BCL’s decision not to fully sponsor them, plus the club had a delay in receiving their monthly grant from the Botswana Premier League. The arrival of the grant helped speed up the players’ payments.
Majombolo’s players resumed training on the same day they received their payments. A day later, they produced their best performance of the season with goals from Richard Legwaila, Khumoetsile Kufigwa, Gift Moyo and Nchimunya Mweega handing the 2009 league champions their heaviest defeat this season. 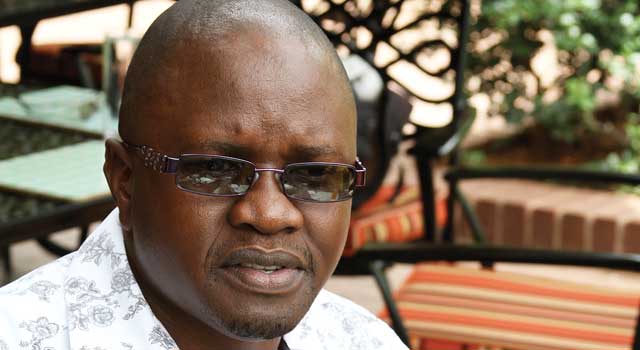