When most people hear the word governance they think of government. After all both have ‘govern’as their root word. But governance is about more than just government. It is a complex yet universal force that exists in all societies. People use governance in their daily lives to manage human relationships, just as corporations and countries use it to manage their interaction and activities. Governance is a neutral concept comprising the complex mechanisms, processes, relationships and institutions through which citizens and groups articulate their interests,exercise their rights and obligations and mediate their differences.

Good governance addressesthe allocation and management ofresources to respond to collective problems;it is characterized by the principles of participation,transparency, accountability, ruleof law, effectiveness, equity and strategic vision.In practice these principles translate intocertain tangible things – such as free, fair and frequent elections; a representative, legislature that makes laws and provides oversight and an independent judiciary that interprets laws. They also translate into guarantee of  human rights and the rule of law, and transparentand accountable institutions. Goodgovernance also decentralizes authority and resources to local government to give citizens a greater role in governance.

It is submitted that good governance ensure that civil society plays an active role in setting priorities and making the needs of the most vulnerable people in society in which people can expand their deprivation, fear, and violence and sustain the environment and women’s advancement. When we speak of the quality of a country’s governance, then, we mean the degree to which its institutions (such as parliament)and possesses (such as the role of politicalparties in elections) are transparent, accountableto the people and allow them to participatein decisions that affect their lives. It isalso the degree to which the private sector and organizations of the civil society are free and able to participate. Good or democratic governance is when the authority of the governmentis based on the will of the people andis responsive to them. It is when open, democraticinstitutions allow full participation inpolitical affairs and when human rights protection guarantees the right to speak, assemble and dissent.

And it is when governmentand government institutions are pro-poorand promote the human development of allcitizens. In short, it distinguishes between theinstitutions and processes of governance andtheir content and quality.Since the third wave of democratisationin the 1990’s and lately this year, there are anumber of democratic regimes that continueto rise and good governance has become animportant criterion for a country’s credibilityand respect on the international stage. Thereare compelling reasons to care about whetherthe quality of governance is good acrossthe globe. For the good of their own peopleand for the sake of our common aims, thecapacity of weak states to govern should bestrengthened because countries that are wellgoverned are both less likely to be violentand are less likely to be poor.

A country that protects human rights andpromotes inclusion is less likely to havecitizens who are alienated enough to turn toviolence as a means of addressing their problems.And a country where the poor have avoice in the government is more likely to investin national policies that reduce poverty.When people’s interests, needs and humanrights are at the centre of governance institutionsand practices, there can be real progressin combating poverty. Good governance providesa setting for equitable contribution ofbenefi ts from growth. The challenge remainsto practice good governance in the home,church, school, social clubs, political organisations,union movements and generally inall spheres of the human life.

FA Cup to return next season 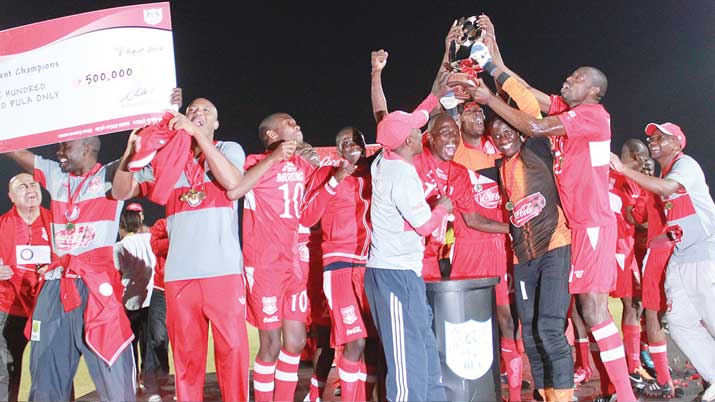