Kabelo Dambe’s Platinum Stars secured a crucial 1-0 victory over Moroka Swallows this past weekend to move within touching distance of ascending away from the relegation zone. This past weekend’s victory has seen the club move within a point away from Free State Stars.

The narrow victory was their first win since the league resumed last month, Dambe was the last line of defence for Stars as they collected a rare clean sheet. The Zebras stopper held his own against the likes of Lerato Chabangu, Siyabonga Nomvethe and Dikgang Mabalane to compound Swallows to their fourth successive loss in the Premier Soccer League (PSL).

Although Stars are lingering in the relegation zone, they have two games in hand and they could move six points away from the dreaded relegation battle. The former Nedbank Cup champions are in danger of missing out on qualifying for the MTN 8 for the first time since the 2011/2012 season. Since the arrivals of Mogakolodi Ngele and Dambe, the club has always managed to remain in the top eight bracket until this season.

They have the sixth worst defensive record in the 16 team league, that record has contributed to their relegation fears this season. Stars’ remaining fixtures (10) will feature encounters against nine clubs that are placed above them in the league and also in the top half of the table.

Stars’ first choice keeper, Dambe, told Gazette Sport that this past weekend’s victory could help them kickstart their target of qualifying for the MTN8.
“The whole squad has been boosted by our recent result, we are glad we got maximum points in such a difficult game. We did not make mistakes that cost us previous games. If we win three consecutive games then we will be closer to other teams fighting for a top eight spot. Our aim is to always participate in the top eight if we cannot challenge for league honours,” said Dambe. 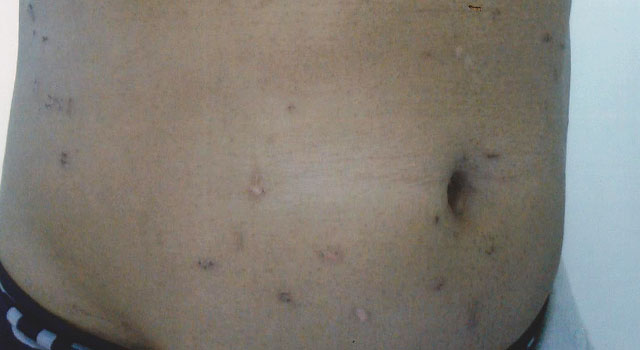