The Minister of Agriculture (MoA) Christiaan De Graaf has said that the European Union (EU) blows issues out of proportion and believes that it does not want the Botswana Meat Commission (BMC) in its markets anymore. He was responding to a question asked by Professor Roman Grynberg yesterday during his appearance before the Parliamentary Select Committee that is investigating the BMC. Grynberg wanted the Minister to tell the Committee whether the EU is pushing BMC into a corner so that the BMC is not able to trade in Europe.

According to the Minister, who stated that he submits monthly progress reports to President Ian Khama on fi nding alternative markets, BMC must work around the clock to get alternative markets. He said it was important to promote Inter-Africa beef markets. Member of Parliament for Tswapong North, Prince Maele said everyone is frustrated by the BMC saga. Maele wanted to know whether there is a way forward in the beef industry. De Graaf said the way forward was to get the right people to run the BMC. “We need people that will play their role as management, people who will play their role as BMC board members so that I play my role as the Minister.

We need the stakeholders to be involved. Farmers will nominate board members but normal procedures will be followed,” De Graaf said. The Select Committee was not impressed by the appointment of former board member, Prasad Ponangi, who it is alleged had volunteered to be the Financial Advisor to the then Chief Executive Offi cer, Ian Thompson. MP for Selibe Phikwe West, Gilson Saleshando said Ponangi’s appointment was not structured well. Saleshando wanted to know when the Minister knew about his appointment and that he was paid P1, 500 per hour as a consultancy fee. In his response, the Minister said he was not responsible for the appointment of Ponangi. He said as the Minister, he only appoints the board members and the CEO.

He noted that it was the mandate of the CEO to appoint his own fi nancial advisor if needed to. “Thompson only came to my offi ce asking whether he could appoint Prasad then I said it was entirely on him. I do not appoint fi nancial advisors. I admit I am the one who terminated Prasad’s contract after it came to my attention that he was paid huge sums of money,” he said. Meanwhile, Minister De Graaf is still to decide whether a fourth abattoir could be an ideal to rescue the situation at BMC. He could not answer whether he believes that it could be ideal but said the farmers will decide on it.

Of dissenting views and discipline at BCP 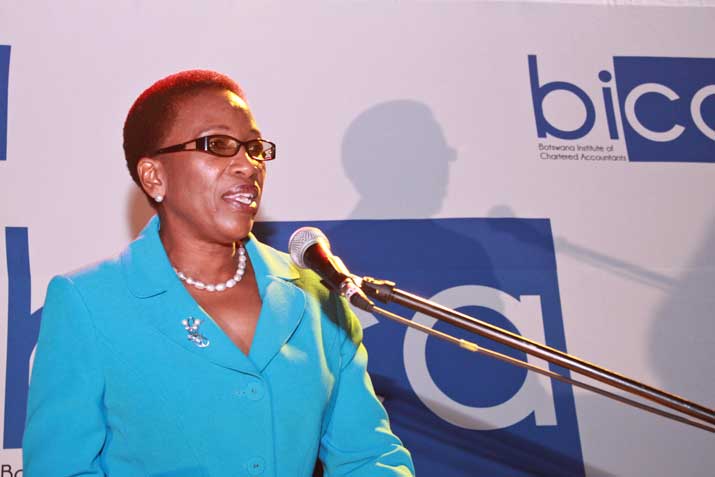