Members of Parliament (MPs) and other stakeholders have applauded the budget proposal presented by the Minister of Finance and Development Planning Kenneth Matambo yesterday as a fair budget albeit with some downfalls.
MP for Gaborone Central and President of Botswana Congress Party (BCP) Dumelang Saleshando said Botswana’s budget has become highly predictable, “we could all predict on a number of issues that were raised. But the positive for me is the relieve for families in terms of reducing  VAT on basic food stuff, this is an issue that we have been stressing quite a lot in the past and also doing away with transfer duties  for first time home owners.”

Gaborone West South MP Botsalo Ntuane said the budget was the best ever since he joined Parliament. “It includes so many initiatives geared at improving the current circumstances of the citizens of Botswana. It is a budget with a surplus, and we are looking at heavy expenditure in terms of social programs and in-terms of the infrastructure. The Minister also announced that he will be reviewing the VAT legislation to do with the exemption on certain basic food stuff.  A lot of money would be spent on infrastructure; water development, power, local government, and road and so on. For me is a very positive budget, it covers all the areas,” he said.

Francistown South MP Wynter Mmolotsi perceived the budget to be fair although he was worried about its implementation. “We do not want a situation where it is only written in black and white but the actual implementation on the ground is not done. The Ministry of Health is one of the Ministries allocated huge budgets in this recurrent budget and we are hoping that this money will improve the health standards of Batswana.  There are only few areas in the budget that are of concern to me and my constituents. The issue of employment creation is not well addressed; it is not coming out clearly, therefore it is difficult to say this is how job creation will be done,” he added.

For his part, BOCCIM President Leta Mosienyane said he was happy with the budget allocation given by Matambo. Commenting on the Value Added Tax (VAT) amendment, he said the threshold for paying VAT which moved from P500 000 to P1million is a good move as it will go a long way in assisting their members adding that BOCCIM has always advocated for it.
However, he argued that, “we want to hear the Minister’s concrete strategies on providing water and electricity which are still a major concern for the private sector. We cannot say with certainty that we will have water and electricity going forward; no business can run without these. In this regard, I still believe they should engage us in Public Private Partnerships (PPPs) projects to fulfil that. The other concern is unbundling of major projects and concentrates on small projects that can employ more Batswana and energise the economy, which has not been addressed.”

Botswana Investment and Trade Centre (BITC) CEO, Letsebe Sejoe said the budget addressed critical issues that are of concern, for instance servicing of land and utilities (water, electricity).
A public sector economist at the University of Botswana Dr Emmanuel Botlhale said the budget is good and positive, “personally I am happy in the sense that I see our government commitment to the ideal of fiscal prudence. In this budget we have surplus which basically means that we will manage to pay debts incurred from 2008 during the economic down turn. The budget prioritised on areas of paramount importance, for example, Education, health, local Government, Minerals and Water resources. This budget does not differ much from the last year budget; this really shows that we have a pattern that will take us to 2016.

She gave me wings to soar 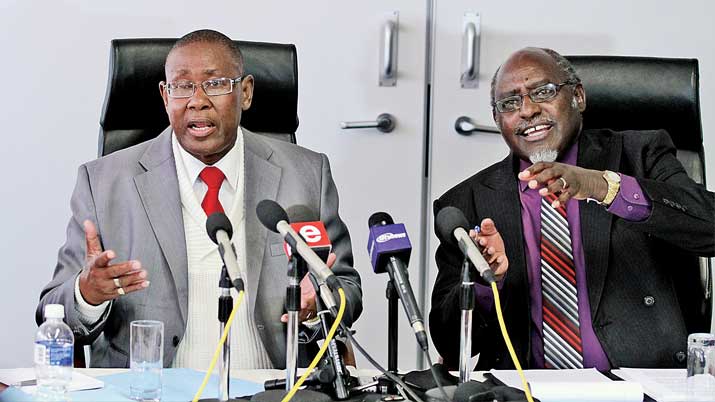