The last time I wrote to the media, I indicated that our party had reached the rebirth phase. Everything around us has changed: We have transformed what was a barren piece of desert that even colonialists had no appetite for into a thriving republic. We must then move into the second phase, characterized by value addition, competitiveness, the knowledge economy, services industries, advanced modes of production, responsive governance, increasing levels of political liberty and a move away from the usual conservativeness with which the country is known.

As a political party, we are required to also respond to changes in our environment. Now, these changes, some- like a great many of our party elders- tend to cope excellently with and we applaud them for this. That is why they remain our celebrated heroes and legends, possessing vast amounts of wisdom. They planned well in advance for the day when they for example were no longer in parliament, council or other structures of the party. They went into glorious retirement and are forever embedded in the annals of the history of our great political party, and republic.

But then you have a tiny number who fail to note that someday the people will feel they are no longer the right leaders for the time. The Deputy Speaker of the National Assembly, who is also our MP for Tonota, Pono Moatlhodi, is one such. He has failed to realize that change must occur. He keeps repeating this point: that things took a wrong turn when businessmen were elected at the BDP Maun Congress to lead the party. The Botswana Democratic Party, since formation, has prided itself in being a political party that accommodates all people regardless of creed, status or station in society. We have no shame whatsoever in accommodating business men among our ranks, and indeed in electing them to certain positions. Much as we have no problem in accommodating the poorest of the poor and electing them to positions they avail themselves to, and much as we have absolutely no problem with accommodating Members of Parliament who own buses and combis and that at times lead to them fighting over business- and perhaps, just perhaps, those are the real people the Deputy Speaker should be contending with. Why did he expect them to vote him back in if they feel he crowds them out? Has he ever thought of this?

We have absolutely no problem with businessmen and women: we just need any individual duly elected to serve the party, serve the people of Botswana. So long as a business man/woman or an unemployed one for that matter has been given leadership by our members, expectations are that they contribute to the growth of the party and uphold its ideals.

Politics is about numbers. It is however a reality that at one time or the other parties may feel it is time to go separate ways. It  is however wrong for grown people who have served for nearly three decades to refuse to make way for new leaders. What shall be the credibility of our primary elections if we are to overturn results in order to preserve ancient privileges for the Deputy Speaker?

Is the Deputy speaker so traumatized by an electoral loss that it has since escaped his faculties that to write eight letters or whatever he says is the case is not indicative of being right? What has happened to people such as the Deputy Speaker learning that in politics you may choose to leave a party but do not have to then be in contempt of those who remain behind? Since they have given all sane and sundry an opinion about us, this is what we think of losing the Deputy Speaker, and the backbencher, Pheto.

Knowing the Deputy Speaker to be an emotional and whimsical man, we tried to have them counselled. Unfortunately, and despite at times giving indications that he understood, the Deputy Speaker relapsed. It is possible he was overwhelmed by the prospects of a future outside parliament, the fear of becoming just another citizen which is a pity because he was to be held in high regard always as we have a council of elders. This is a great structure which gives us great counsel.

Furthermore the departure of the Deputy Speaker is partly good riddance because he takes with him the negative publicity that he has been attracting to us. I trust Ketlhalefile Motshegwa and BOFEPUSU are happier that he is gone. We all remember the letter he wrote to them during the Public Service strike of 2011: while we waited holding our breath and hoping for an amicable solution and also appealed to our members not to further worsen the situation, he was one of those that continued to speak off tune, and being melodramatic as usual. I guess on a lighter note, this is minus one of our BOFEPUSU targets as they too happily say the BDP grassroots have helped them by weeding the Deputy Speaker out. There are many things we could say about him, but we will not say.

They should stop peddling the thinking that their departure means we have lost voters, yes, we have lost some- especially their friends and family members (though we know some within their families are quite opposed to their tantrums)- but we have also gained people as a result.

It has never been our style to kick a man when he is down but the two are forced our hand.
Farewell gentlemen, and to the BNF/UDC, good luck with managing “the big catch”.
**Mpho Balopi is Botswana Democratic Party Secretary General 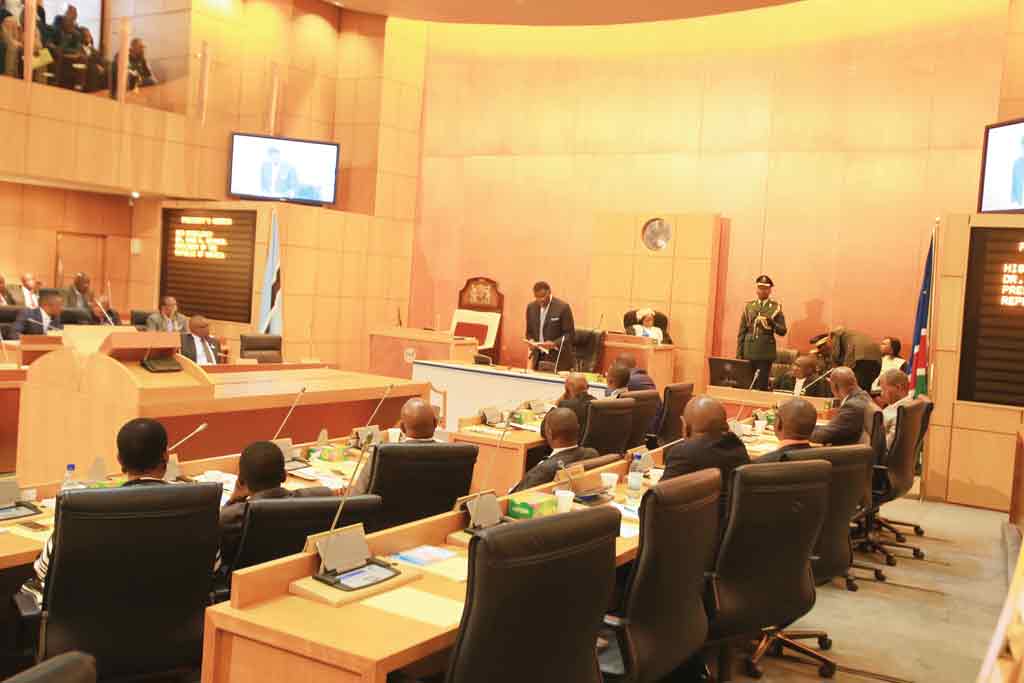