Who is liable to being called to account or answerable in the Botswana Development Corporation (BDC) Palapye glass manufacturing scandal? The question becomes more pertinent against the corporation’s move to file an urgent application before the courts to separate with the Shangai Fengyue in the joint Palapye Glass Manufacturing venture. In public sector ethics and governance, accountability is answerability, liability, blameworthiness and the public and stakeholder expectation of account giving. In the BDC saga, however, the obligation of the board, the corporation’s management and the government as well as the business partners in the glass project to accept responsibility has been a laborious task and or impossibility.

Member of Parliament for South East South Odirile Motlhale, who moved a motion in parliament for a probe into the P 509 million failed glass manufacturing project, said it was important that BDC explain to Batswana the reasons for  the liquidation.  He said that it is important to know the benefits of the envisaged liquidation on the parties involved and the merits and demerits of the timing.

Motlhale is of the view the project was never going make profit, adding that “Even if it was capitalised it was clear and BDC knew that it will not make any profit. I am saying this because when an organisation does a business it must do  market research, especially a business of such nature. That also helps to identify the competitors and the product they have. There was supposed to be a better strategy against glass manufacturers from China, South Africa and others all over the world. I am not surprised that it has come to this. I have seen it coming from day one,” he said.

Motlhale emphasized that it is important for BDC to tell Batswana whether the partners that they are separating with had met their contractual obligations and if not the penalties they are facing.

“We must understand why all of a sudden they came to their senses that their beautiful partner has no use.  We need to understand why do they want to separate and what are their terms of separation. The public should be informed about this separation and what is the way forward. Obviously a lot of things have not been met in their marriage. Who is going to pay?” Motlhale said asked rhetorically.

He added BDC ought to have satisfied itself of the viability or otherwise of the project and the authenticity of its business partners. He argued that BDC chose Fengyue as partners to work with-that the latter did not approach the former and contended that the state corporation that is to blame.

“What made them believe that Fengyue was best suited? Obviously when you are the chief executive of the company it’s your decision, the CEO and the board must provide that leadership. Parliament has done its part. It is up to the Director on Corruption and Economic Crime (DCEC) and Director of Public Prosecution (DPP) to look at the possibilities of pursuing criminal charges or corruption charges; we cannot force DPP to prosecute,” he pointed.

Botswana Congress Party publicity secretary Taolo Lucas said the liquidation underlines the recklessness and lack of accountability on the part of the BDC and government.

“It is clear that BDC had no proper protocols, lacked supervision and little was done to ensure rules of corporate governance. The government of Botswana must take political responsibility. Where people can be criminally liable, the option of prosecution should be left open. We are talking about a tremendous waste of public finance. On the future of BDC as an organisation, the idea of having an investment arm of the government is good, however, its mandate must be to invest in industry which is out of reach of the private sector and focus on job creation rather than the current BDC model of having investments in property and the like,” he said.

A public sector economist at the University of Botswana Dr Emmanuel Botlhale said as clearly stated by the chair of the Parliamentary Special Select Committee of inquiry into the Palapye glass manufacturing project, Abram Kesupile, in late July, the project was bound to fail as it was premised on poor diligence, doubtful partner selection and project implementation problems.

“In addition, there were other problems; for example initial start up delays and cost overruns. Hence, the move by the BDC to liquidate was a foregone conclusion. It is only worrying that the BDC took too long to do the needful.  Although the needful will be done very soon, there are costs to the economy: Firstly, a lot of public money was sunk into the project but we have nothing to show for it. This cannot be countenanced in the post-recession period when money is tight and, therefore, has to be prudently used. In addition, the money has substantial opportunity costs; that is, it could have been used elsewhere. Secondly, the project was one of the key economic diversification tools. With this development, Botswana has lost one key front on the battle to diversify the economy from both diamonds and government as per the EDD strategy of 2010,” he said.

Meanwhile, DCEC spokesperson Lentswe Motshoganetsi told the Gazette that they have long submitted files regarding the Glass manufacturing project to DPP. “I am not sure how far the DPP is with the matter. After our investigation, our mandate as the DCEC is to take files to DPP and await their advice. They are the ones who can rightly point into areas they want to be investigated further or say the evidence before them is enough for prosecution,” he said.

The Minister of Finance and Development Planning, Kenneth Matambo, who was among other people fingered by the parliament select committee report, had attempted to sue parliament over the report and some newspapers for defamation relating to the BDC scandal. The litigation move was dismissed by pundits as a ploy to divert attention from the real issue. 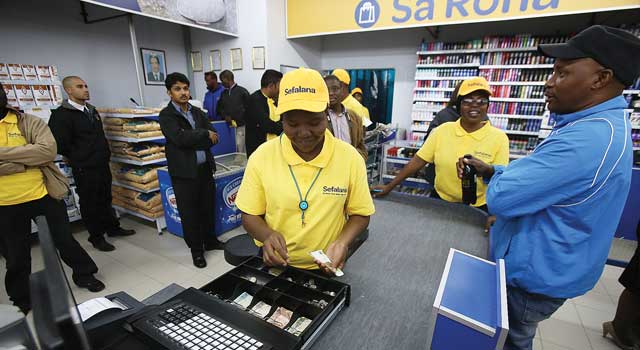