Gaborone United is facing a race against time to accumulate funds to host their CAF Confederation Cup opponents next weekend. They had contemplated forfeiting their place in this season’s CAF Confederation Cup after learning that the Botswana National Sports Council (BNSC) was unable to avail funds for them to cover expenses.
Information leaked to Gazette Sport revealed that the BNSC has budgetary constraints that might prevent them from assisting GU in their CAF Cup second leg encounter against Supersport United next week.

The Gaborone side is faced with a major challenge of accumulating approximately P169 000 for the second leg encounter which will be on February 15 at the National Stadium. They will require P94 000 for the three day accommodation of Supersport’s playing and non playing officials at Lansmore Hotel and  an additional P75 000 to cover costs for the lodging and catering needs of three referees from Mauritius and  an  Angolan fourth official.
Some of the leaked information also stated that GU were close to forfeiting their place in the tournament due to lack of funds but they changed their minds after learning that a $5000 fine and a five year ban awaited them if they opted to surrender their participation.

After an emergency meeting held  sometime last week,  the club’s management decided to approach the BNSC chairman, Solly Reikeletseng and the Minister of Youth, Sport and Culture, Shaw Kgathi to handle the matter.
According to GU secretary general Herbert Letsebe, the BNSC turned them down citing budget constraints though there are supposed to assist. “Each team that participates in a continental competition is entitled to financial assistance from the sports council but they informed us that they could not assist us because of budgetary constraints.  Hosting the second leg will be expensive but we have sought for help from sponsors and we just hope our situation will improve,” Letsebe said.

When reached for comment BNSC chairman Reikeletseng said the following, “We only finance the BFA, our affiliate. They would be in a better position to answer because we do not deal with clubs individually.”

The BFA confirmed that they are aware of GU’s request for a grant from the BNSC but they only responded by revealing that Moyagoleele was notified that there were no funds available.
Meanwhile, the Reds are scheduled to face their South African counterparts in the first leg on Saturday at the Lucas Moripe Stadium in Atteridgeville, Pretoria. They are expected to travel to South Africa on Thursday  despite the teams’ initial struggle to secure  P26 000 needed for the trip. Letsebe indicated that Supersport will cover their accommodation expenses while in South Africa. 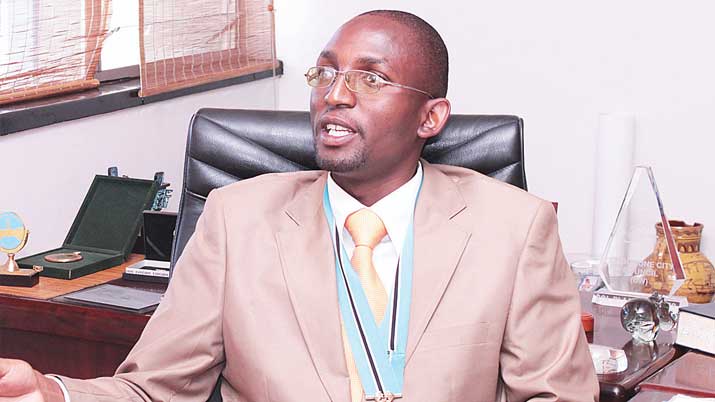